New in Pride
Home / National News / Do Black-Canadian Medical Doctors Matter? You Bet They Do 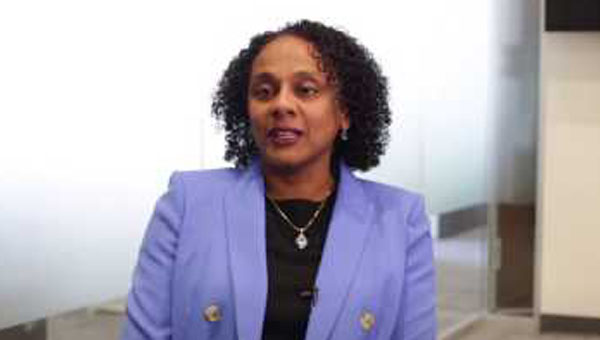 Do Black-Canadian Medical Doctors Matter? You Bet They Do

The definition of colour has always been somewhat enigmatic, and in my opinion, nothing could be more misleading than the term, applicable to any person, who is not “white”.

Recently, I came across, via social media, a call for women and applicants of colour to apply for consideration for admission to medical school, at an acclaimed university. Do not, for one moment, harbor the thought that the call for non-white applicants means that we have begun to scratch the surface on the institutional racism in medical education.

I have no intention of taking the time to challenge the definition of “applicants of colour”. Now you may ask, what does this have to do with Black medical doctors, and why is it important what colour a doctor is anyway?

First, let us look at the reasons why Black doctors matter: for decades, the research community, including a 2008 study in the Annals of Family Medicine, collectively agreed that, “the physician-patient relationship is strengthened, when patients see themselves as similar to their physicians in personal beliefs, values, and communication. Perceived personal similarity is associated with higher ratings of trust, satisfaction, and intention to adhere.” (Ann Fam, Med.org, May 1, 2008 vol. 6 no. 3 198-205). www.annfammed.org/content/6/3/198.abstract

Translated, it simply means that people are shown to be healthier and adhere to their treatment plan if they are treated by a doctor of the same, or similar ethnic or racial background. Certainly, all doctors are well trained and fully capable of providing care. However, the evidence is in and reveals that some patients fare better, in terms of health outcomes, if there is similarity or concordance. In other words, if their doctor looks like them.

What is known is that 2018 Canadian Physician Statistics show that there are 89,911 doctors in Canada. Ironically, The Canadian Medical Association and other medical organizations in Canada do not track the race or ethnicity of physicians, hence the absence of comprehensive diversity data. That being said, a 2015 report, published in the Canadian Medical Association Journal, made it clear that even without definitive numbers, there is a lack of Black representation in the medical field, which is concerning, to say the least.

In August 2016, Chika Oriuwa entered medical school at the University of Toronto. She was the only Black student in her class, of 259 first-year medical students. She found this somewhat surprising, given the fact that more than eight percent of the Toronto population identifies as Black, according to the 2011 census.

“We would expect to see a medical class that’s reflective of the population we are servicing,” she stated. www.flare.com/identity/black-physicians-in-canada/. According to the admissions office at the Faculty of Medicine, the number of medical students, who self-identify as African or Caribbean, averages between two to five students per class.

According to Dr. Robinson, those figures have been consistent for years. The number of Black medical students is chronically low, even in the largest and most diverse Canadian institutions. www.thestar.com/opinion/commentary/2017/09/03/canadian-medicine-has-a-diversity-problem.html.

Canada has a total of 17 Doctor of Medicine (MD) schools—14 English and 3 French (Montreal, Quebec, Sherbrooke), as per Statistics Canada. old.ivyglobal.ca/mcat/med_schools_canada.asp.

Lack of diversity in health care is also most pronounced at the highest levels of government and academic medicine. Since 1919, in Canada, there have been a total of 39 federal health ministers. Of these, 9 have been females, one First Nation and only one was a visible minority.

In Quebec, since 1985 to present, there have been a total of 13 provincial health ministers, three females, not a single minister was First nation, none was a visible minority. Prior to 1985, the Minister of Social Affairs was previously responsible for this duty publications.gc.ca/site/archivee.

Since 1924, in Ontario, there have been a total of 31 provincial health ministers. Across this period, six were female and not a single minister was a visible minority.

I certainly commend the good news that at least one medical school is giving non-white applicants a chance. However, in order to keep such news in perspective, it must be borne in mind that Black applicants have a lower acceptance rate of actual admission.

A few more points to consider: of the 2,900 medical school graduates, annually, from the 17 Canadian universities, a little over 2 percent are Black. These Black doctors are also three times more likely to be the doctors that practice in underserved communities, like you and I, or the people we love, reside in.

Not only is there a shortage of Black medical students and Black doctors, there is also a scarcity of Black doctors on the faculty at medical schools. Minorities! Non-whites! People of color!

It was not too long ago, when the measurement of diversity in education was predicated on the number of Blacks. By some strange twist, or some kind of slippery slope, it has moved to a point, where Asians, East Indians, Latinos, Middle Easterners and a multitude of others, now can claim the nomenclature of people of color. As a consequence, it has become somewhat increasingly difficult to ascertain whether there is any measurable progress in the number of Black doctors.

Solutions commence with political and societal will. Based on the chronically-low number of Black students applying and entering medical school, the New Black Student Application Program (BSAP) is meant to attract more Black students into the medicine program, while also working to retain them, once they arrive, by building a strong Black community. Dr. Robinson has emphasized that BSAP is not a quota program and the academic criteria remains exactly the same, as for all other applicants.

It is imperative that we decide what type of society we desire. We have to decide if the educational inequities and other crucial social markers are inherent rights of everyone — especially Blacks, who have been historically-marginalized and disadvantaged.

We must provide the supports and interventions for the improvement of the pipeline of future Black physicians. We must decide that the end of health inequities and disparities, ascribed to institutional racism, is non-negotiable.

We have to decide if the inequities in education, income, and other crucial social indicators are inherent rights of everyone; particularly African Canadians, who have been historically-marginalized and disadvantaged.