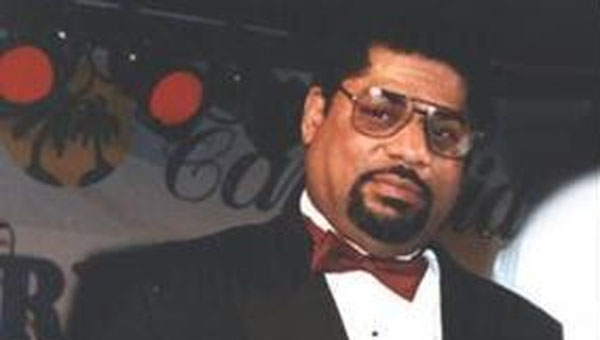 BRAMPTON, Ontario November1, 2019 — The late Karl Mullings, a renowned reggae music industry stalwart and influential artist manager, who passed away in Toronto, on July 29, 2005, was honoured by the city of Brampton, which named one of its waterways, the K.W. Mullings Channel, located in the north-western section of the city.

“To make such a mark in your community, that you have a park, have a channel, have an ecosystem named after you, is a legacy that lives on,” Brampton Mayor, Patrick Brown stated at the ribbon-cutting ceremony, on October 17 — coincidentally the 50th birthday of his eldest daughter and founder of Stages Canada, Carrie Mullings.

Mullings, affectionately nicknamed “Mullo” and “Mayor of Brampton”, worked with reggae luminaries, such the late Jackie Mittoo, Lynn Taitt, Hopeton Lewis, The Fabulous Flames, The Cavaliers, The Sheiks, The Cougars and his multi-award-winning daughter, Tanya Mullings. 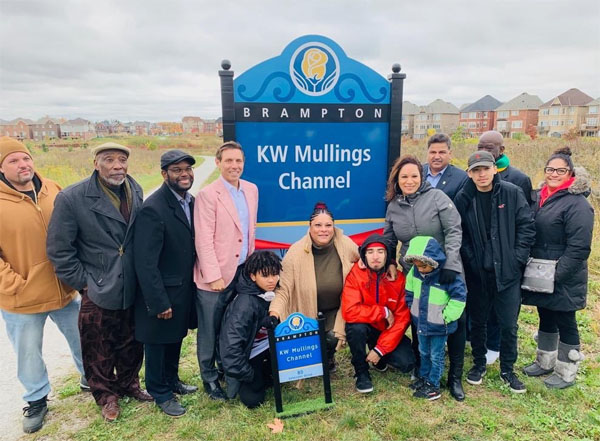 Close friends — chef and restaurateur, Tipper Henry; and retired school principal and radio host Luther Brown — spoke heartfelt words, highlighting their fondest memories of Karl and his contributions to the community and the growth of the reggae genre in Canada and Jamaica.

Singer, Natural Fyah, opened the ceremony with a vocal interlude and tribute song.

“The Mullings family is honoured to have shared such a memorable event with the very community that our father and patriarch worked so hard to help grow and sustain, and in a city which he also called home,” Carrie Mullings said in an interview with Images Newsletter. 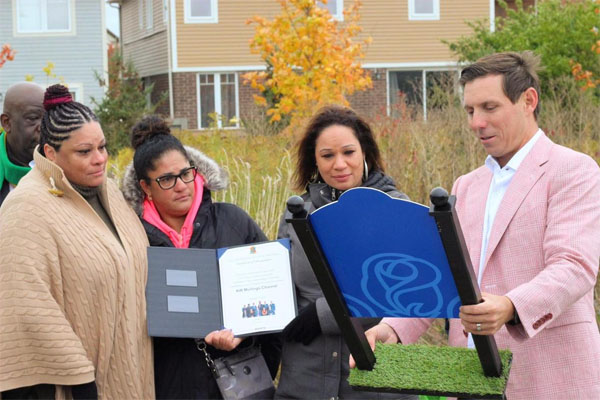 Luther Brown, left, and the Mullings sisters, Carrie, Keely and Tanya, seen receiving a certificate of recognition from the city of Brampton, presented by Mayor Patrick Brown. Photo courtesy of Danae Peart.

He was born in St. Elizabeth and graduated from Cornwall College in Montego Bay. Music was his life, and for more than 40 years he was the go-to-guy in Toronto’s world of reggae. He was instrumental in transforming the music scene in Toronto from what was predominantly soul/funk in 1963 to introducing reggae to the community. He is recognized as the “Forefather of Canadian Reggae,” his legacy and hard work giving foundation to generations of musicians and artists, now living in Canada.

Mullings operated Club Jamaica on Yonge Street in Toronto, followed by the West Indian Federation Club and, later, the Caribana Club. In 1994, he was awarded the Peter Tosh Memorial Award by the Canadian Reggae Music Awards.

In 2005 he was awarded the Circle of Distinction Award by the Caribbean Crucible radio program, 105.5 FM for his lifetime service to reggae music.