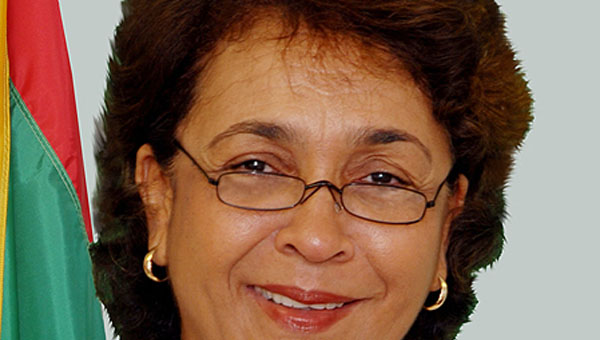 Franka Bernardine is the newly-elected Leader of the main opposition party in Grenada.

Addressing supporters in a rally, last Sunday, following the Party’s Convention, where she was elected, Bernardine said, she learnt of the now-defunct political consultancy firm’s involvement in the Grenada election, through a friend from Trinidad and Tobago.

“Two or three days after our election last year, I get a call from Trinidad, hot, hot, about 7:00 am, from a lady, who called and said, you ain’t hear the news, it say Cambridge Analytica say the last intervention they made was in Grenada in the Caribbean,” Bernardine shared in her inaugural address.

“I am under no illusion what happened in the last election,” said Bernardine, who failed to win her seat, when she contested both the 2013 and 2018 general elections, and served as the Cabinet Minister for Education as an appointed government senator, during the Tillman Thomas administration.

Claiming she knows exactly what happened during the last election, Bernardine — who before her government appointment was the Chairperson of the Civil Society grouping and was the main spokesperson highlighting matters of concerns on behalf of civil society in the build-up to the 2008 general election — felt that the people should have taken to the streets after the NNP won the 2013 and 2018 landslides.

“All manner of fiddling went on, but we should have turned around and risen up as a people. They could have never had gotten away with this in Barbados or Trinidad, they would have jumped out in the streets in the thousands. We have to learn to defend our democracy like that. We cannot just stand up and take we death, like sheep,” she said, while the executives on the platform applauded.

The NDC won the 2008 general election after serving in opposition from 2003.

At present, there is no elected opposition in the Lower House of Parliament.

According to documents, issued around 2013, from SCL Elections – the parent company of Cambridge Analytica — the British political consultancy firm worked in 32 countries across Europe, North and South America, Asia, Africa and the Caribbean.

Regional countries named in the document, which is shared on the company’s business news website, are Grenada, Trinidad and Tobago, St. Kitts and Nevis, Antigua and Barbuda, St. Lucia, Guyana and St. Vincent and the Grenadines.