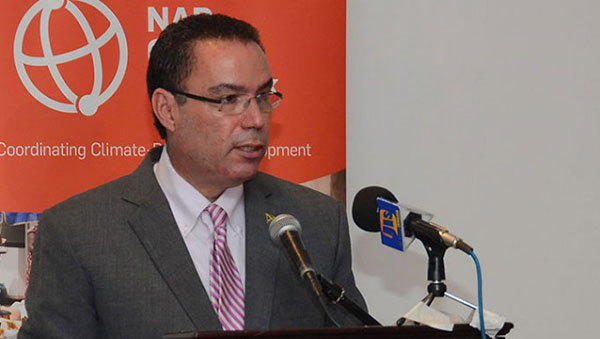 Daryl Vaz, Minister without portfolio in the Ministry of Economic Growth and Job creation in the Office of the Prime Minister, has had his US visa revoked.

On Friday, it was reported that the United States canceled the visas, belonging Minister without portfolio in the Ministry of Economic Growth and Job creation in the Office of the Prime Minister, Daryl Vaz; and opposition politician, Phillip Paulwell.

According to Vaz, if he is unsuccessful in having his visa restored, he will resign from the Cabinet as he believes that he would not be able to carry out his ministerial functions.

The government legislator said that he has advised Prime Minister, Andrew Holness, of the issue and has since initiated, through the formal procedures and protocols, the process of seeking clarification to determine his eligibility to be re-issued a United States visa.

Vaz, who was once a citizen of the United States, renounced his citizenship in 2008, after his election to the House of Representatives was deemed ineligible, based on his dual citizenship.

Paulwell, who was out of the country when he received the news, said that on his return to the island, he will address the matter, immediately, as he intends to be in touch with the US Embassy.

Meanwhile, Chang also revealed that several members of the police force have also had their US visas canceled. However, their names have not been released, due to their rank in the Jamaica Constabulary Force.

The US Embassy, here, has not commented on the revocation of the visas.