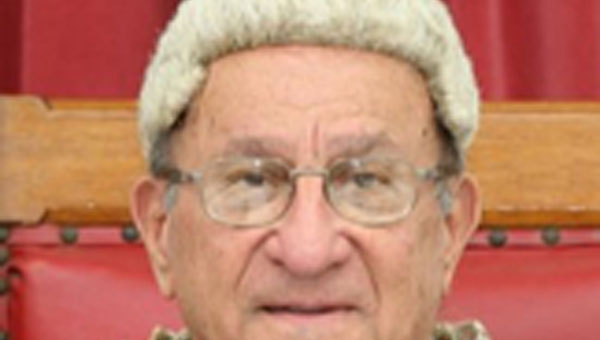 KINGSTON, Jamaica, November 13, 2019 (CMC) – Sir Edward Zacca, who served as a Chief Justice of Jamaica, as well as President of the Court of Appeal in The Bahamas, died, on Monday, after a long illness. He was 88.

Sir Edward, who was knighted by Britain’s Queen Elizabeth in 2015, also served in the Courts of Appeal in Bermuda, Turks and Caicos Islands and the Cayman Islands.

He was made a member of Britain’s Privy Council on September 1, 1992 and was the fourth Caribbean Chief Justice to be appointed to the Privy Council — and the first from Jamaica. 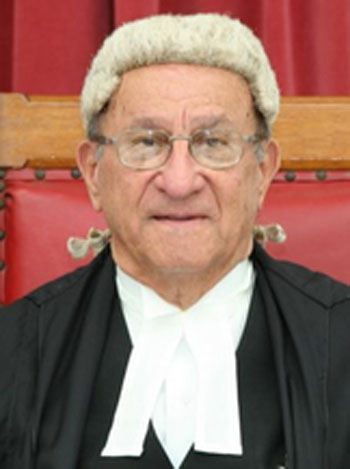 “Sir Edward has had a long and distinguished career as a jurist, not only in Jamaica, but in the Caribbean. He carried out his duties fairly, fearlessly and justly. Indeed, he played an important role in judiciary, which is an arm of our system of democratic governance. Sir Edward also had the opportunity to serve in the capacity of acting-Governor General of Jamaica, from March to August 1991,” said Prime Minister Holness.

“I extend condolences to the family and friends of Sir Edward. He was a gentleman in his professional life and leaves behind a legacy in the legal fraternity of which all Jamaica, the Caribbean and his family can be proud,” concluded Prime Minister Holness.

He served as the president of the Hans Crescent Colonial Students’ Residence from 1952 to 1953 .

Governor-General, Sir Patrick Allen, said that the passing of the former Chief Justice marks the end of a unique career that spanned some five-and-a-half decades in the legal and judicial services of the Region.

Noting that Sir Edward holds pride of place as being the first Jamaican Chief Justice to be elevated to the Privy Council of the United Kingdom, Sir Patrick said that appointment was one of many distinctions, which marked him as a gentleman of excellence who was highly respected locally and internationally.

“He leaves a proud legacy, not only for the members of the profession, which he loved so much and so excellently represented, but for all Jamaicans, who value integrity, personal dignity, and concern for colleagues community, and country. We will remember him with pride and gratitude,” The Governor-General said in extending condolence to his widow and family.

Sir Edward is survived by his wife, Hope Margaret, and his children, Christopher, Edward Jr. and Karen.