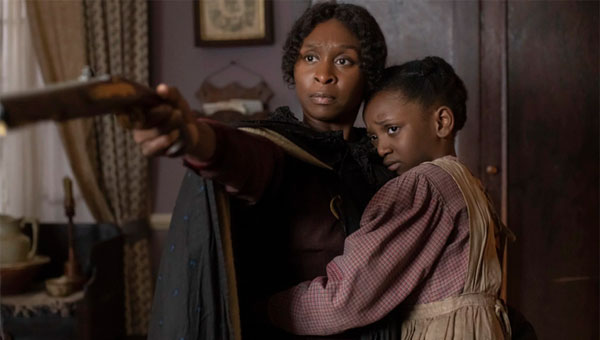 Harriet Tubman Film Does Not Deserve The Twitter Hate

When Harriet, the biopic about Harriet Tubman, debuted earlier this month, reviews were mostly favourable and it did better than expected at the box office, grossing $12 million its opening weekend. Several news stories have since overshadowed these successes.

Most notably, Harriet screenwriter and producer, Gregory Allen Howard (Ali), revealed in an interview that 25 years ago, Julia Roberts was almost cast to play Tubman because Hollywood executives didn’t know that Tubman was Black. “That was so long ago. No one will know that,” an exec allegedly said at the time.

I first saw Harriet (Perfect World/Focus) at the Toronto International Film Festival. Even though I had decided to never watch another slavery movie — from Django Unchained to 12 Years a Slave to The Birth of a Nation, I have had my fill of them — I still went into this one open-minded in part because the film was made by Black women. It was produced by Debra Martin Chase (The Sisterhood of the Traveling Pants) and written and directed by Kasi Lemmons (Eve’s Bayou).

I enjoyed the film. As such, the critiques, some quite harsh, surprised me. Where is the backlash coming from? Is it justified? Does the film misrepresent Harriet Tubman’s legacy? 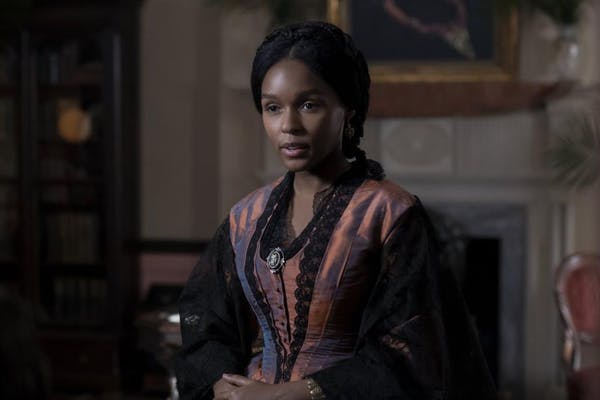 Who was Harriet Tubman?
Harriet Tubman was born Araminta Ross into slavery in Maryland around 1820. In 1844, she married and took the name of a free Black man, John Tubman. After escaping from Maryland in 1849, Tubman initially settled in Philadelphia.

However, with the passage of the Fugitive Slave Act in 1850 she was forced to venture north into Canada, settling in St. Catharines, Ont. Between 1859 and 1860, some estimate that Tubman made 19 trips from the south to the north following what became known as “The Underground Railroad.” 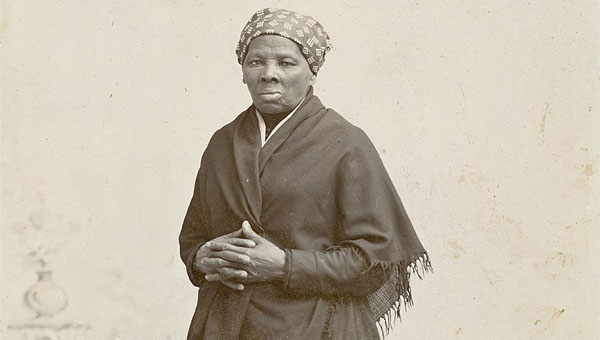 In 1859, Tubman left Canada for Auburn, N.Y. With the outbreak of the American Civil War, she became a spy and recruiter for the Union Army. After the war, Tubman returned to Auburn where she lived until her death in 1913, when she was believed to be 93. For the most part, the film follows this narrative.

#NotMyHarriet
The backlash, which has been primarily from the Black community, first started in 2018 when British-Nigerian actress Cynthia Erivo announced on Twitter that she had been cast to play Tubman. Some felt the choice to cast a non-American, non-descendent of slavery was disrespectful to African Americans, and in an interview with Essence, Erivo shared that someone even asked why Black Britons “take roles that should be reserved for African Americans?” 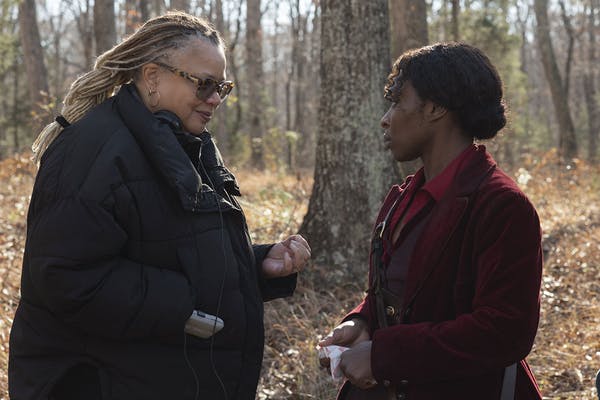 Using the #NotMyHarriet hashtag, Twitter users have also criticized Lemmons for some of the liberties she took with historical facts. Most notably, the antagonist in Harriet, Bigger Long (Omar J. Dorsey), is a ruthless and despicable bounty hunter. He is a Black man and works alongside the son of Tubman’s enslaver, Gideon Brodess (Joe Alwyn), to capture Tubman. Long’s violence is only directed towards Black women in the film. Many on Twitter did not believe a slave bounty hunter could be Black.

According to USA Today’s fact check with Harriet historical consultant Kate Clifford Larson (who is white) and Lemmons, while Black bounty hunters were “much fewer” in numbers than white slave hunters, they did in fact exist. Further, where Lemmons took creative liberty with Tubman’s plantation owners, such as Gideon, who was not a real person, the Brodess family, including matriarch Eliza Brodess (Jennifer Nettles), were Tubman’s actual enslavers.

Is the backlash justified?
First, slavery is not solely an American reality. The term “trans-Atlantic slavery” denotes the forced movement of people from West Africa to the “New World,” which means whether one’s citizenship is British or American, slavery has impacted every person of African descent.

Second, I can see where Harriet sends the message that Black men were equally abusive as white men during slavery. The film’s depiction not only gives the impression that Black men had levels of agency comparable to white men but also that we, as viewers, should give whites a pass for the brutality of slavery.

In reality, Black men were just as abused as Black women during slavery. The violence experienced was not just at the hands of white men, but also white women. However, that depiction does not make Harriet the “most anti-Black movie ever made,” as some declared on Twitter.

It is really important to ask why Black viewers harshly critique Black and women-produced films but turn a blind eye to white and male-produced films about Black people that feel like attacks to our mental health.

Critics need to step back and ask why actors like Jackson are so critical of Black British actors being cast in Black-produced films to play Black people in dignified and heroic narratives, but come to the defence of white filmmakers who have also taken liberties with the historical facts of slavery in their films.Quentin Tarantino’s Django Unchained, for instance, used the N-word an astonishing 110 times, and in The Hateful Eight, it was used 65 times. But Samuel L. Jackson defended its use. As Gawker reporter Rich Juzwiak aptly asked, “I can’t help but wonder if Tarantino is inventing excuses, via his films’ premises, to have his characters use [the N-word] … as many times as possible in a single movie.” 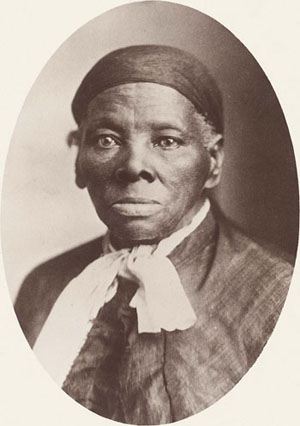 A photograph of Harriet Tubman, by Tabby Studios in Auburn, NY — Public Domain.

A self-emancipating wonder woman
Tubman is believed to have arrived in St. Catharines in 1851. She helped to establish a Black community there, was actively involved in local organizations and was also a member of the African Methodist Episcopal Church, Salem Chapel, located on North Street, where she resided.

When Tubman arrives in St. Catharines in the movie, she’s there for about 30 seconds of screen time, as if her time north of the border was a blip in her story when she was, and remains, a part of that city’s historical memory. For Canadians, this should be the most disappointing part of Harriet.

The film is about Harriet Tubman, a Black freedom-seeker and self-emancipating wonder woman. It is not about Black bounty hunters or white enslavers.

[Deep knowledge, daily. Sign up for The Conversation’s newsletter.]