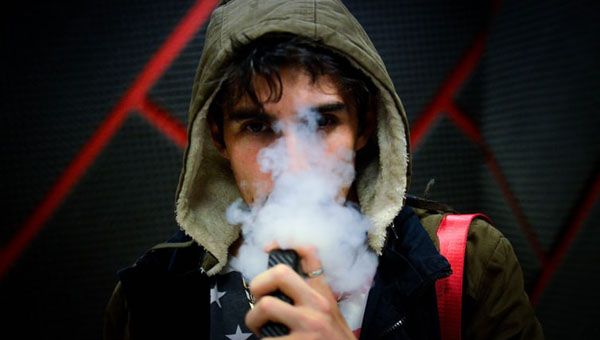 In one year, the number of Canadian teens, who vaped, almost doubled, according to a new study. Photo credit: Nery Zarate/Unsplash.

Electronic nicotine-delivery systems, electronic cigarettes (e-cigarettes), or vapes, are a relatively new product category, which first emerged in Canada in 2004. E-cigarettes are battery-operated devices that mimic the smoking experience, using an inhalation and heating process that vaporizes fluid within the device. The liquid solution varies in composition, but it is usually propylene or vegetable glycol-based and can be combined with other ingredients and flavours. Nicotine may be present or not. www.ctvnews.ca/health/rise-of-the-vape-what-led-to-the-popularity-of-the-e-cigarette-in-canada-1.4641395.

However, Health Canada warns that the long-term health impacts of inhaling propylene or vegetable glycol and the effects of second hand exposure, are unknown. The passage of Bill S-5 in May 2018 made e-cigarettes containing nicotine legal. The Bill was a significant piece of legislation, and a necessary tool for fighting one of the toughest public health problems our Canadian society has had to address. sencanada.ca/en/speeches/sen-harder-bill-s-5-an-act-to-amend-the-tobacco-act-and-the-non-smokers-health-act/

It is a recognizable Canadian fact that smoking is a national public health problem. Annually 45, 000 Canadians die from a smoking-related disease and the harms of tobacco use have left a profound impact on many more. These evils are totally avertible and the number of Canadians, who continue to suffer from the consequences of smoking, is unacceptable.

The most common type of e-cigarette use in Canada is dual use – where a person both vapes and smokes combustible tobacco. This could prove problematic as it might maintain tobacco use and nicotine addiction over complete smoking cessation. www.heartandstroke.ca/-/media/pdf-files/position-statements/ecigarettesincanada.ashx?l. 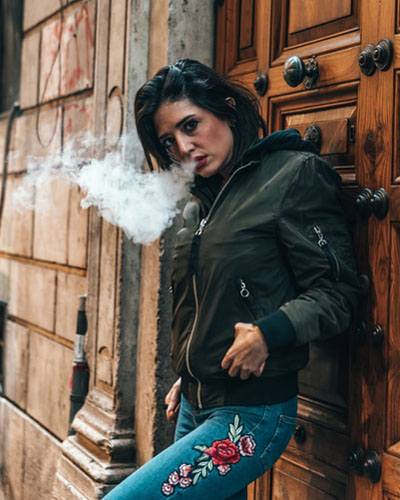 In one year, the number of Canadian teens, who vaped, almost doubled, corresponding with the first rise in cigarette-smoking rates in that age group in years, according to a new study that provides the first evidence of how vaping rates changed after they were legalized and new companies entered the market.

JUUL Labs is an American electronic cigarette company, co-founded by two former cigarette smokers Adam Bowen and James Monsees. It produces the Juul e-cigarette, which packages nicotine salts from leaf tobacco into one-time use cartridges, and is designed to be a satisfying alternative to cigarettes. www.cnet.com/news/juul-what-is-it-how-does-it-work-and-is-it-safe/.

In the U.S at the end of 2017 the Juul became the most popular e-cigarette, with the promoters asserting that the apparatus could help people cease smoking. However, there is a paucity of evidence regarding its efficacy as a means of quitting.  Conducted research suggests that users are more likely to continue smoking along with vaping, referred to as “dual use.” www.heart.org/en/healthy-living/healthy-lifestyle/quit-smoking-tobacco/is-vaping-safer-than-smoking.

While some use e-cigarettes to quit, others use it instead of smoking cigarettes in smoke-free areas, which may have the effect of sustaining their smoking behaviours. In addition to the short-term problems, health groups such as the Canadian Cancer Society say e-cigarettes also pose long-term health risks and that Health Canada should move to quickly ban advertising as a way of protecting young people. Taking into consideration all the facts and negative health outcomes surrounding e-cigarettes, one would have thought that the Canadian government would be averse to its introduction.

Current rules prevent vaping companies from making any health-benefit claims. But Health Canada’s consultation document says it may make an exception to allow e-cigarette manufacturers to use promotional statements that suggest vaping products are less harmful than cigarettes. The proposed promotional statements include “Switching completely from smoking to e-cigarettes will reduce harms to your health,” and “If you are a smoker, switching completely to vaping is a much less harmful option.” www.theglobeandmail.com/canada/article-health-canada-considers-allowing-e-cigarette-companies-to-promote-harm/

Last year, Ontario became the only province to allow e-cigarette companies to advertise their products. Two provinces, Alberta and Saskatchewan, still do not have any e-cigarette legislation. In an effort to crack down on youth vaping British Columbia significantly hiked the provincial sales tax on vaping products and strictly limited their nicotine content. This recent move part of a 10 point plan was announced on November 14, by Health Minister Adrian Dix, Finance Minister, Carole James, and Education Minister, Rob Fleming. globalnews.ca/news/6168835/bc-teen-vaping-crackdown/

For months, parents, teachers, politicians and health experts across Canada have been speaking out about the growing prevalence of teen vaping. Some high schools have removed doors from bathrooms as a way to discourage the habit. Like tobacco smoking, vaping is verboten on school property in Ontario, but some students are flouting the ban by puffing their vape pens or e-cigarettes in the relative sanctuary of the bathroom. Don Murphy, Principal of St. Joseph High School in Barrhaven, Ontario announced the taking off of all but two of the school’s bathroom doors. www.cbc.ca/news/canada/ottawa/high-school-removing-washroom-doors-to-snuff-out-vaping-1.4971232. 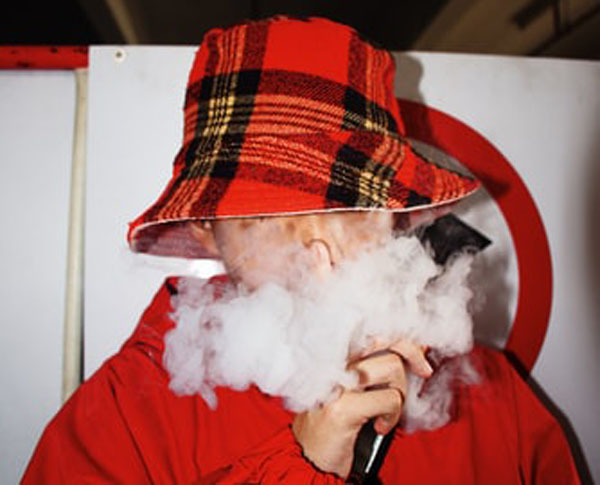 Public health experts and others have warned the Canadian government that allowing e-cigarette advertising would lead to an uptick among youth and young adults, says Robert Schwartz of the Dalla Lana School of Public Health at the University of Toronto. www.cbc.ca/news/health/e-cigarette-advertising-1.5260652. “The fact that we are growing a new generation of people who are using nicotine is of concern in its own right,” said Dr. Hammond, a professor in the School of Public Health and Health Systems at the University of Waterloo. Rob Cunningham, a senior policy analyst with the Canadian Cancer Society, said it would be a mistake to grant companies the ability to make promotional health statements. www.cancer.ca/en/about-us/for-media/media releases/saskatchewan/2019/canadian-cancer-society.

The Canadian government has been tasked with a wide statutory duty to protect the health of Canadians, and in addition the power to put temporary regulations in place when immediate action is required to deal with significant risks to health. Tobacco use is the leading cause of preventable disease and death in Canada, killing 45,000 Canadians annually, including about 30% of all cancer deaths.

Given the progress that has been made to reduce smoking in general, does Canada need a new generation of teenagers becoming addicted to nicotine through vaping. Strong measures are urgently needed to protect children and teens from these products. It is clear that the federal government has already mishandled the vaping file by permitting the industry to expand its reach while failing to implement necessary policies to address the looming youth vaping crisis.

According to John Fitzgerald Kennedy, 35th president of the United States, “the future promise of any nation can be directly measured by the present prospects of its youth”. Currently in Canada the prospects are dim, and hope of recovery slim. It would be remiss to overlook legalized cannabis, and the present shaping to legalize vaping.

It is high time that governmental policies caught up to the reality facing this generation of Canadians — the future leaders. Protection delayed is protection denied.

All levels of government need to protect the youth against the evils of e-cigarette use. Whoever said that vaping is harmless is merely blowing smoke.