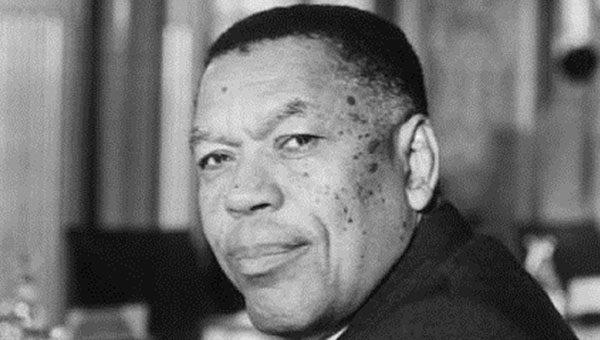 Sir Vere, the twin-island country’s first Chief Minister, Premier and Prime Minister, is “considered the Father of the Nation for his work in trade unionism and the development of Antigua and Barbuda”.

He is also the country’s first National Hero.

The government, in a statement, yesterday, said the first event was held, yesterday, with an awards ceremony, during which 17 individuals from the 17 constituencies in Antigua and Barbuda, received the Sir Vere Cornwall Bird, Sr. Award “for contributions to the development of their communities and Antigua and Barbuda”.

Four individuals – Colin Stevens, Robert Joshua, Peter Leonard and Danie Horsford – also received the award “for their contributions toward the development of the trade union movement in Antigua and Barbuda”.

Today, an Ecumenical Service was held at the Salvation Army Citadel in St. John’s, the Antiguan capital, “to celebrate the work of Sir Vere in the church and Antigua and Barbuda”.

“Sir Vere was a Salvationist during his teenage years, preceding his entry into trade unionism,” the statement said.

Tomorrow, a Commemoration and Wreath Laying Ceremony will be held, during which Governor General, Sir Rodney Williams, and Prime Minister, Gaston Browne, among other officials, will deliver addresses.

Members of Parliament, diplomats and invited guests will then lay wreaths at the monument of Sir Vere Bird, Sr., on Market Street in St. John’s.

The Antigua and Barbuda government statement said Sir Vere’s (1909-1999) work experience, in both the Salvation Army and the Antigua Trades and Labor Union (AT&LU), “laid the foundation for his interest in unionism and politics. Incensed by the treatment meted out to Black Antiguans and Barbudans by landowners, Sir Vere became a founding member of the AT&LU”.

Sir Vere rose to the presidency of the AT&LU in 1943 and, by 1945, he was elected to the Colonial Legislature.

He formed the Antigua Labor Party, “which would become indivisible from the union, and became the first and only chief minister of the country, was the first and last premier, and led the country to independence in 1981”.

Sir Vere served as prime minister until 1994, the statement said, adding that his “fierce patriotism and commitment to the working class are legendary, as was his dedication to regionalism”.

Sir Vere “ardently supported the West Indies Federation, and when that collapsed in 1962, was at the forefront in negotiations for the ‘Little Eight’ countries.

In 1965, along with premiers, Errol Barrow of Barbados and Forbes Burnham of Guyana, Sir Vere led the introduction of the Caribbean Free Trade Association (CARIFTA), the statement said.

CARIFTA eventually led to the formation of the Caribbean Community and Common Market (CARICOM).

Sir Vere received Antigua and Barbuda’s highest honor, Knight of the Order of National Hero, in 1994.

In 1998, Sir Vere received the Order of the Caribbean Community, the region’s highest honor, and his birthday – December 9 – is commemorated as a public holiday, known as Sir V.C. Bird Day.