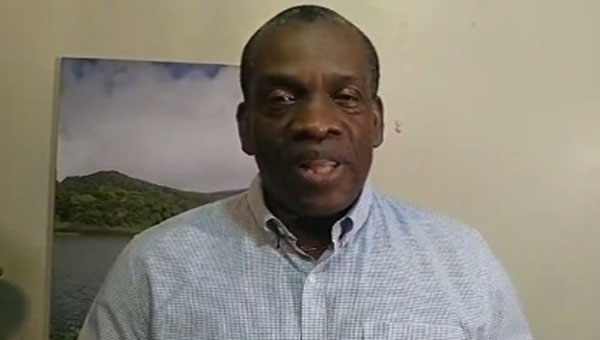 UWP leader, Lennox Linton's allegation, that 8,000 people had been brought here by the ruling Dominica Labour Party (DLP) to cast votes in the election, has been debunked by the Dominica Air and Sea Ports Authority.

ROSEAU, Dominica, December 10, 2019 (CMC) – The Dominica Air and Sea Ports Authority (DASPA) has dismissed allegations, made by the main opposition United Workers Party (UWP), that an estimated 8,000 people had arrived here, by charter and regular flight, to participate in last Friday’s general election.

UWP leader, Lennox Linton, in a Facebook statement, had first alleged that 13,000 people had been brought here by the ruling Dominica Labour Party (DLP) to cast votes in the election, but later revised the figure to 8,000.

Linton has since said that his party, which lost 18-3 at the polls, would not recognise the results of the elections that allowed Prime Minister Roosevelt Skerrit to become the first head of government in the region to be elected to office for a fourth consecutive term.

In a statement, DASPA said that it had been “widely reported that some 8,000 persons arrived in Dominica, over the last few days, representing overseas voters, who came into the island on charters and/or regular flights by sea and air, to participate in the general elections, held on Friday, December 6, 2019”.

But DASPA said that the information “is incorrect and part of the fake news establishment being channelled through social media and other news mediums”.

It revealed that the total number of passengers arriving on the island, by air and sea, for the period December 1-6, totalled 2,717 persons.

“If one were to assign all the passengers that arrived on the island during that period, including children, visitors, business persons, it is impossible that figure represents the 8,000 persons referred to by the fake news agents.

“When compared to the previous year, traffic for that same period December 1 to December 6, 2018, the total passenger arrival figure is 1,589 persons. It can be clearly seen, based on the information gathered, that the statements of some 8,000 passengers arriving in Dominica to participate in the general elections of December 6, 2019, is erroneous, exaggerated, misleading and mischievous.”

DASPA said that based on the information provided, “it is very unfair and irresponsible for persons, who should know better, to make these unsubstantiated statements, as it relates to passenger arrivals. without first seeking to get the facts”

DASPA said that it expects an increase in the passenger arrivals in the coming months, “as more of the hotels on the island continue to open their doors to the island’s visitors”.