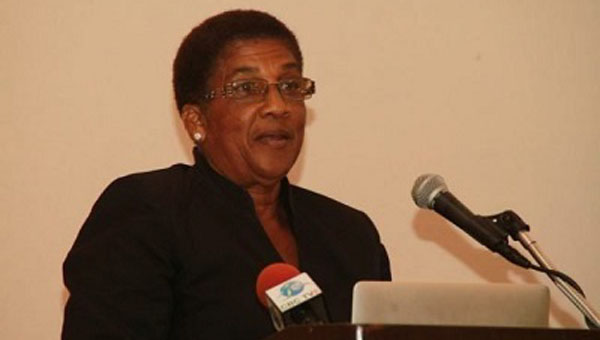 PORT OF SPAIN, Trinidad and Tobago, December 12, 2019 (CMC) – The Trinidad and Tobago-based Caribbean Court of Justice (CCJ) joined the regional community in mourning the death of respected Barbadian attorney, Lady Beverley Walrond, who died, earlier this week, from injuries sustained in a motor vehicle collision, in Miami, Florida.

In a statement, today, the CCJ and the Regional Judicial and Legal Services (RJLSC), for which Lady Waldron was a member, said “we all fully expected her…to join us this week for the Commission’s last meeting for the year, on 13 December”.

“We were especially shocked and grieved to learn of this horrible tragedy,” they said in a joint statement, adding that “Lady Beverley was a well-rounded legal professional of unparalleled distinction, well-known for her dedication, legal acumen and sharp mind.

“She was always a voice of reason and was a principled individual with unfailing integrity. She distinguished herself as an attorney-at-law, both in public and private practice, and as an acting High Court Judge. She was also a trained Mediator. In her private law practice, she was deeply committed to the cause of children, one of the most vulnerable groups within our society,” the statement noted.

They said that as a member of the RJLSC, Lady Beverley contributed much to the strengthening of the institutions that serve the CCJ, and the broader Caribbean Community.

“From her initial three-year appointment in 2016, up to the time of her untimely passing, Lady Beverley was an exemplary member of the Commission. She played an active role on several of its sub-committees and we are honoured to have so greatly benefitted from her passion, wisdom, candour and collegiality,” the CCJ and RJLSC said.

“The Commission, and by extension the Court, the CARICOM Competition Commission, and the soon-to-be established Caribbean Community Administrative Tribunal, are all beneficiaries of Commissioner Walrond’s rich legacy.”

They said the “entire region has unquestionably lost a tremendous daughter”.

“We, at the Commission and the Court, extend our heartfelt condolences to Lady Beverley’s husband, Sir Errol Walrond, her children, family, colleagues and all those who mourn her. Their grief is not shared, it is multiplied.”

Lady Walrond and her husband, Sir Errol, were involved in a car accident in Florida’s largest city on Thursday, December 5, and the two were rushed to hospital, where Sir Errol was treated for minor injuries, but Lady Walrond died, three days later, the family revealed.