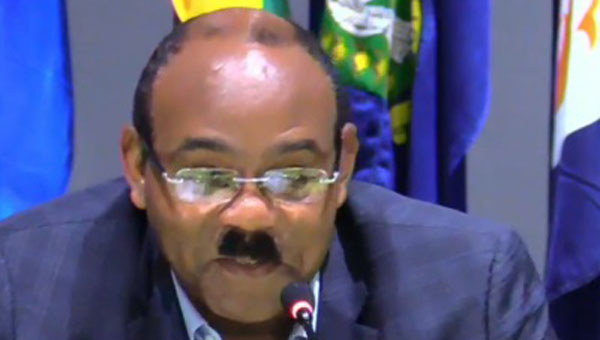 Antigua and Barbuda's Prime Minister, Gaston Browne, announced, today, that the twin-island country's first coronavirus case is an "imported one".

This was revealed by Prime Minister Gaston Browne, who on Saturday, participated in the Doha Forum 2019, which was held under the theme, “Reimagining Governance in a Multipolar World”.

According to a statement from the Office of the Prime Minister: “Prime Minister Browne expresses concerns about unilateralism, which is frustrating global governance, creating unnecessary distrust and tensions, thereby undermining global aspirations for mutual and peaceful coexistence and cooperation among nations, within a multi-polar world.”

“The discussions centered around strengthening the diplomatic ties with Qatar, and explored possible investments in a Liquefied Natural Gas (LNG) terminal in Antigua, to service cruise ships and other vessels, and possibly an investment in a hotel resort,” the statement disclosed.

Discussions were also held on possible cooperation in the expansion of the University of the West Indies (UWI) Five Islands Campus that is based in Antigua and Barbuda.