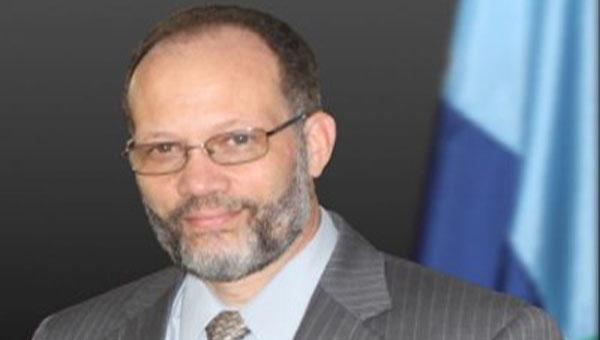 CARICOM Secretary General Speaks Of “Incremental But Appreciable Progress” In 2019

GEORGETOWN, Guyana, December 19, 2019 (CMC) – Caribbean Community (CARICOM) Secretary General, Irwin La Rocque, says 2019 has been a year, in which the 15-member regional integration grouping has made “incremental, but appreciable, progress” in its efforts, at having integration make a positive difference in the lives of the people of the Caribbean.

In an end-of-year message, La Rocque said that in pursuing that task, he has drawn inspiration from the spirit of the young people in the Caribbean, and was also encouraged by his engagement with them, last June, in a live and online session.

“It attracted more than 15,000 participants in a lively discussion on social, economic, health and environmental issues, pertinent to them,” he explained, noting that their interest in the major global issues of the day, had been highlighted by three youth activists from Belize, Jamaica, and Trinidad and Tobago, who joined other climate youth leaders, from around the world, at the first-ever Youth Climate Summit at the United Nations in September.

He said this interest in the environment was underlined by Johanan Dujon of St. Lucia who, in establishing the Caribbean’s first indigenous agriculture biotech firm to fight invasive seaweed threatening the region, was recognised as one of the 30 under-30 entrepreneurs, by Forbes Magazine.

“His creative and innovative actions are a fine example of the capabilities of our young people,” La Rocque said, promising that such actions will be explored when representatives of the private sector, labour and civil society meet with the regional leaders, during the twice-yearly summits, to create a pool of ideas to improve the lives of the people of the region.

La Rocque said the results will, no doubt, benefit the implementation of the CARICOM Single Market and Economy (CSME) that allows for the free movement of goods, capital, skills and labour, across the region.

“One of its main measures, the free movement of skilled workers, received a boost when all countries signed a Protocol on Contingent Rights that allows for spouses and dependents of persons, who move in accordance with the free movement regime to another country, to access services, such as primary health care and education, up to the secondary school level.  Eight of our member states have agreed to apply it, provisionally.”

La Rocque said that opportunities have also been widened for the private sector, with the agreement on the Protocol for Public Procurement, which, when fully implemented, will open up a lucrative market, as individuals and firms will have the opportunity to bid for public sector contracts in all CSME-participating member states, adding “this has great potential for boosting growth and employment”.

But in his message, La Rocque acknowledged that the availability of affordable and accessible transportation is a major factor in fulfilling that potential.

He said an increase in options in intra-regional air travel for people and cargo has been put in place, through a Multilateral Air Services Agreement (MASA), which “allows for no restriction on routes, capacity or traffic rights and will soon be fully operational”.

La Rocque said he was pleased with the outcome of the region’s premier cultural festival — the Caribbean Festival of Arts (CARIFESTA) — that was held in Trinidad and Tobago, saying “the explosion of music, art, dance, film, literary works, fashion and food highlighted the richness and diversity of our cultural expression and excited the huge crowds that flocked daily to the venues”.

But he said that the satisfaction that these facets of life bring to all in the region, could only be enjoyed within a secure environment.

“We have continued to build the security architecture to safeguard our citizens and deny criminals the benefits of their ill-gotten gains.  An example is the adoption of the Agreement on the Return and Sharing of Recovered Assets from criminal activity, which provides a framework for our countries to retrieve criminally obtained assets that have been moved to another jurisdiction, within the Community.”

The region’s top public servant said that one of the pleasures of this holiday period, is welcoming family and friends, who return home from the region and abroad.

“The remittances from families overseas are also awaited expectantly, particularly at Christmas time.  Strong advocacy on our part on the denial of correspondent banking services and blacklisting of some of our countries for non-cooperation in tax matters, will continue. “

He said that there is no doubt that our strong record of support for multilateralism, and the principles enshrined in the UN Charter, were significant factors in the successful bid of St. Vincent and the Grenadines for the prestigious position of a seat on the UN Security Council.

“It is a significant accomplishment for the government and people of St. Vincent and the Grenadines, and the region, as the country became the smallest-ever state to gain a seat on the Security Council.

“As we celebrate in this festive season, we must not forget our brothers and sisters in The Bahamas, who are still struggling to cope with the aftermath of Hurricane Dorian, which claimed more than 50 lives and destroyed property and infrastructure, particularly on the islands of Abaco and Grand Bahama.

Keep them, and others less fortunate, in your thoughts as you share the joys of Christmas with your loved ones,” La Rocque advised.