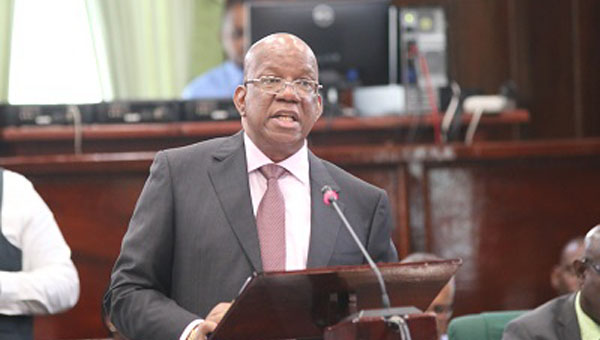 GEORGETOWN, Guyana, December 30, 2019 (CMC) – Finance Minister, Winston Jordan, has filed a lawsuit against the Kaieteur News and its editor, Adam Harris, claiming he had been libelled by a story, carried by the newspaper, earlier this year.

The Finance Minister is seeking damages of more than GUY$50 million, after the newspaper published a letter on October 18, this year, under the caption “Terminate a monster in its shell or it will come back to haunt you”.

In the lawsuit, Jordan is claiming that the letter portrayed him as “corrupt, immoral and was capable of corruptly influencing and, or, affecting, and did so corruptly influence or affect a decision to terminate a contract between a Trinidad-based company and Guyoil”.

In addition, the Finance Minister is seeking GUY$50 million in damages for libel, allegedly committed by the online version of the newspaper on October 18.

Jordan also wants a mandatory injunction, compelling the newspaper and the editor to remove, forthwith, the article from its online site.

According to the lawsuit, as a result of the headlines and articles and its dissemination, online and offline, Jordan’s personal and professional reputation and standing has been irreparably and severely damaged, and lowered in the estimation of right-thinking members of society.

It claimed that Jordan has suffered, and continues to suffer, financial injury, constant distress, humiliation, embarrassment, indignity, pain and suffering.

Jamaica Government To Invest US$7.3 Billion In Electricity Sector By 2037