New in Pride
Home / Parenting & Education / What Does It Mean To Be A Good Father To Your Son? Hint: It’s A Lot More Than Playing Ball 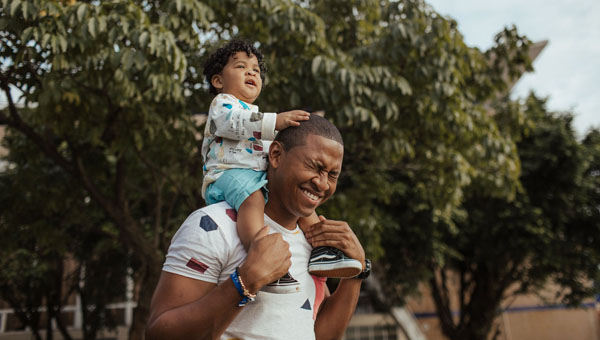 What Does It Mean To Be A Good Father To Your Son? Hint: It’s A Lot More Than Playing Ball

What does it mean to be a “good father?” While playing catch as a form of father-son bonding can be a good thing, it is necessary to challenge our idealized concepts of fatherhood gleaned from popular culture and Hallmark-style greeting cards.

These notions of fatherhood are highly influential within western society, particularly around Father’s Day, an especially good time to visit father-son relationships.

Boys commonly struggle to develop empathy and emotional intelligence. These skills are often absent due to a lack of guidance from male role models. Therefore, it is important for fathers to unlearn their ideas of masculinity, and instead model good behaviour.

When describing fatherhood, people often say, “He’s a good guy,” or “He’s a good father” as a way to reward fathers for engaging in traditionally “feminine” activities like child-raising or nurturing activities, such as carrying a baby or changing a diaper. What this does is reinforce gender divisions and hierarchies. It promotes the idea that men should be rewarded for merely fulfilling their duties as a parent, while leaving an inequitable amount of gendered expectations on mothers.

Society teaches men that they should care for women through dominance. This benevolent sexism is often enforced through notions of men as “breadwinners” or as “leaders” in their families. 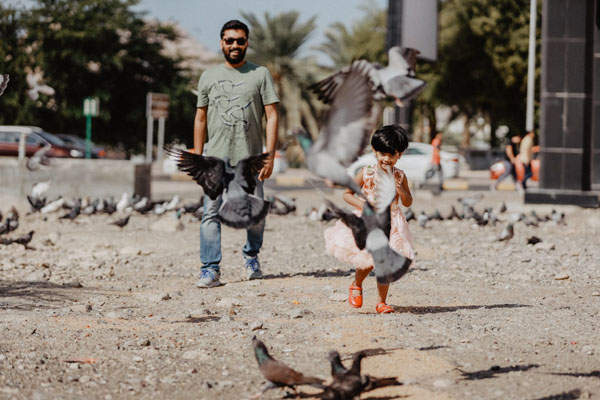 These white and Eurocentric notions of family structures pathologize different family structures by universalizing the white, middle-class and western nuclear heterosexual family as the ideal, while re-articularing myths of missing Black men within families that do not consider structural anti-black Racism.

Men can use depictions of themselves being a family man or a good father, to reinforce inequities in the home, as well as to excuse sexual assault and gender-based violence. Brett Kavanaugh’s defense attorney used the concept of the “Good Guy” during the U.S. public hearings on the accusations of sexual assault against him. This strategy aimed to distinguish Kavanaugh from “bad guys,” who do not “care” for their family.

Pop culture
Popular western media has portrayed father and son relationships within themes of traditional masculinity represented by bonding over playing games of catch or going on family camping trips, punctuated with moments of fatherly pride and awkward father-son conversations. 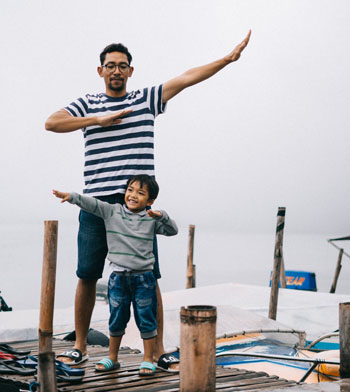 TV shows like Fresh Prince of Bel-Air, The Simpsons, Riverdale, Leave it to Beaver, Family Guy and Home Improvement (to list a few), have all portrayed father-son dynamics and woven in traditional ideas of masculinity into a man’s position within the nuclear family.

Growing up, my father and I watched the classic 1980s television show The Wonder Years, about the trials and tribulations of a young boy coming of age in suburban America in the late 1960s. We bonded through that show’s romanticized version of the nuclear family.

However, as I grew into my effeminate-self, eventually identifying as gay, this held great ramifications on my overall sense of self and self-esteem. Both my father and I realized that the models for fatherhood and father-son relationships depicted in this show would not work for us. I expanded my understandings of my masculinity and my father developed more empathy and softness in how he interacted with me.

This show, and other similar media, about what fatherhood represents in the North American imaginary produce normalized images of white masculinity. Fathers are positioned as protectors of and breadwinners for their families, while their sons are expected to reproduce heteronormative ideas of masculinity and the nuclear family.

For gay men, who commonly struggle during childhood with father-son relationships, there can be a lot of shame in feeling as though they are not good or masculine enough for their fathers.

California-based clinical psychologist Alan Downs describes how shame functions in the lives of gay men, from childhood feelings of inadequacy and deficiency. Many gay men experience feelings of failure through childhood expressions of effeminacy and gender nonconformity, which can be especially policed by fathers.

“Femmephobia” — originally termed by trans feminist, biologist and writer, Julia Serano — is the devaluation of femininity in queer and trans communities. Femmephobia is often invisible, but still ingrained in gay men’s communities.

Many of my research participants describe this denigration of the feminine as being entrenched in them from childhood experiences of gender policing by fathers.

These conversations of the diversity of fatherhood are necessary to help dads shift to becoming more inclusive as role models in their children’s lives. They need not enforce conservative and heteronormative ideas of father figures and masculinities.

Ultimately, deconstructing how gendered and racial norms infiltrate Father’s Day can assist in acknowledging how white privilege and heteronormativity are intertwined within such Hallmark holidays.

Adam Davies is a PhD Candidate at the University of Toronto.