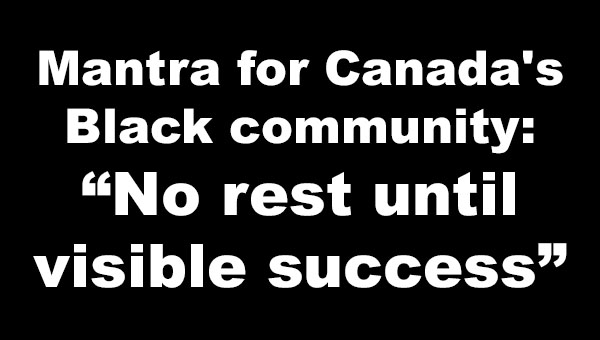 Readers, forgive me if I fail to reflect any change in my approach now that 2020 has arrived. In fact, in the name of progress and enlightenment, I have resolved to be even more brutally honest.

Of late, for some strange reason, it has become apparent that when Blacks climb to a position of power it seems as if they are afraid to help their own people. Instead they sometimes display a willingness, in part, to help destroy us.

Get it straight, I am not talking about the typical phrase, “I’m going to help you get a job.” I am strictly talking about the lack of a pure willingness to help our communities and our people to move forward.

On the other hand, whenever individuals, from other races, occupy positions of power or prestige, they seem to go all out to help their people. They demonstrate their willingness of what they would do to put, both them and their communities, in a position to succeed, and, quite frankly, they could not give a hoot about what anyone says or thinks.

Currently all we get from our leaders are great speeches. Additionally, if our people are not getting blown away by the police, or by each other, beside that there is really nothing to talk about. The Black community should be much more than constant talks of racism, town hall meetings, vigils, police brutality — sons dying and mothers crying and not-for-profit organizations.

Let me be absolutely clear – I am in no way implying that there is anything wrong with having not-for-profit organizations in the Black community, because they do play a vital role, with different programs that provide much-needed help to our people in different ways. Notwithstanding, the Black community has been ravaged, exploited and used-up, like a cheap lady of the night, by those who look like us, but have adopted the sons of Eli and Willie Lynch mindset, which basically says, “As long as I get mine, you can “screw” the rest of them over.

The truth be told, what we need to be more about is socio-economic and community wealth- building. However, what has now come to light is that the people, in whom we have placed our trust to be the gatekeepers of our community, have walked away and left the gate wide open, so that other thieves can raid the temple.

The book of Ezekiel, chapter 22:30 exhorts, ”So I sought for a man among them who would make a wall and stand in the gap before Me, on behalf of the land that I should not destroy it, but I found no one.”

If there is no one to stand in the gap and the gatekeepers are not manning the gate, who is willing to do the job? The leaders’ only awareness is that of themselves. They are the ones who left the gate open.

Until we can effectively man the gates and have leaders, who provide solutions for everyone to break away from the system and sustain ourselves, then progress and advancement cannot be claimed.

Starting from scratch, for our community to march forward, we explicitly need our youth to specialize in careers involving food (agriculture), clothing, shelter and accommodation (real estate), medical, technology/engineering, and law enforcement to successfully build our communities, instead of assimilating into the mainstream, dominant society. We must eradicate or separate ourselves from Blacks, who use their degrees in the hope of being accepted into white fraternities and societies, instead of applying their skills towards the building of their communities.

Vigilance is needed to check those of us, who are occupying positions of power. Called for, or even demanded, are gates, manned by individuals (leaders) with courage, compassion and vision necessary to lead the Black community into a bold new decade of relevance and respectability.

Sadly, some of our leaders’ inability to lead others has only led to selfish greed that can only produce one outcome: self-enrichment, and an apathetic disposition concerning the uplifting of their own people.

Let us approach the start of the new decade loudly proclaiming “No rest until visible success”.