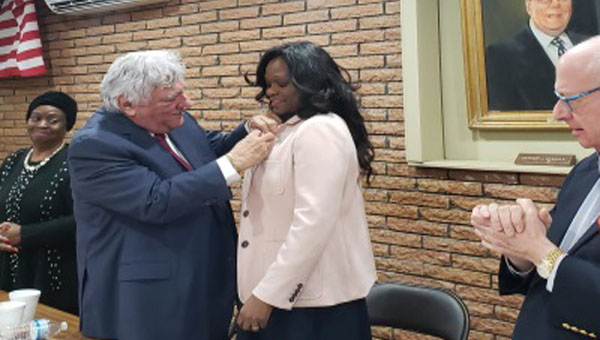 Bichotte, who is also a member of the Democratic State Committee for the 42nd District, was the first Haitian American in New York City to be elected to the New York State Assembly.

“With a new decade comes the need for a fresh perspective and a commitment to transparency, as Brooklyn’s diverse group of District Leaders gathered to determine, who would best unify and strengthen the Democratic stronghold in upcoming election cycles,” Bichotte told the Caribbean Media Corporation (CMC) soon after her uncontested election, yesterday.

“I thank Frank Seddio for his leadership, service, and effort to unify the party. Over the last few years, we have developed mutual respect as colleagues and friends. Although we did not agree on every issue, we never lost sight of what matters most – working together to advance the Democratic Party agenda.”

Bichotte said the historic vote, proving that the future of the burgeoning political party is female, “will help increase the number of women, especially women of colour, running for, and elected to, public office across the City and State of New York.

“It is more important than ever that our leadership reflects the diverse communities that have kept Brooklyn and our Democratic Party going for decades,” she said, noting that more women of colour and descendants of immigrants, like her, are running for public office “to amplify the voices of their local communities and add to the public discourse”.

“Moreover, community and grassroots engagement are necessary to increase civic engagement across the borough,” Bichotte said.

From the judicial bench to Gracie Mansion, the official residence of the Mayor of New York, Bichotte said she has weighed in on local and citywide races, “providing critical support in organizing, petitioning, fundraising, canvassing and community outreach”.

Although she has helped in the election of a number of male candidates to higher office, Bichotte said she has “made it a point to support qualified female candidates”.

The three-term incumbent in the New York State, was last year named among City and State’s Brooklyn Power 100 and Black 100 lists for her effectiveness.

“Given the importance of this year’s presidential election and next year’s municipal elections, I am honoured to have been elected as the first female Democratic County Leader in New York City, at such a pivotal time,” Bichotte said.

“I want to thank the Kings County Democratic District Leaders for their confidence and partnership, as we move forward into a new decade of opportunities, to truly transform New York City’s political landscape,” she added.

Bichotte said the executive committee and district leaders will be convened soon, to discuss the future outlook for the Democratic Party in Brooklyn and effective strategies to win more seats, build up the financial treasury, enact transparency and accountability, and bring about civic engagement throughout the county.