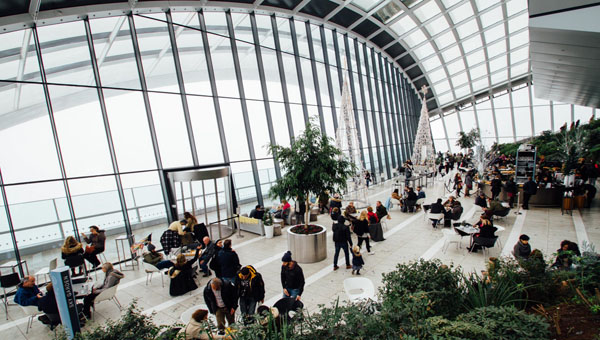 Thanks to airport racism, I am now bereft of my joy of flying. Previously, I regarded air travel as a symbol of freedom, as I was airborne almost every other month. Being at airports was something that I enjoyed greatly; it symbolized the thrill of going from place to place, seeing new towns and meeting new people.

However, of late, I have become very anxious about the very thought of air travel. No, I have not developed aviophobia, but I am becoming increasingly terrified of airports, formerly a place of positive possibility.

Understandably, racial profiling has increased at airports since 9/11, justified by fears of terrorism.

Last year, within the span of five months, I had travelled by air six times, and was subjected to “random” (more like dumb) special inspections for four of my flights.  The website of the Canadian Air Transport Security Authority and the Transport Safety Administration (U.S),refer to these screening as a “ pat down” which may include  inspection of the head, neck, arms, torso, legs and feet. This also includes sensitive areas such as breasts, groin and the buttocks.

The first time this occurred, I was deeply perturbed but left it to coincidence. I wanted to believe that racism had its place but had not yet reached airport altitude. Initially I was somewhat embarrassed, as I was taken aside, while all the other passengers walked past me, so it was all in full view and being the only ethnic minority on the flight.

The next time it happened I was on my way to Denver, Colorado to present a paper at the conference being held by the College English Association of America.  I considered myself decently and modestly attired, the holder of a Canadian passport, and also the owner of a Nexus card, which grants Canadian citizens expedited processing when entering the United States.

I passed through standard security fine, but just as I was getting my belongings to head to the gate, seemingly out of nowhere, a white CATSA agent, pulled me out of the line, telling me that I had been specifically selected for another search that had to be done before I could board the plane.

I stepped aside, briefly giving myself the once over, for any external telltale signs of likely terrorist links, manifested in either my deportment or purportment, but certainly not my name.  I looked on ruefully as other passengers went past unquestioned, unstopped and undoubtedly unfazed by what was taking place in their immediate environment, and before their very eyes.

Strangely enough, on the way back to Canada (in transit through the U. S) I was again randomly pulled aside, without being given any reason why. I knew that if I dare request a reason for the extra inspection, I would only be making things worse for myself.  So on completion of the pat down, and issuance of a verbal okay, the digit-happy officer hastily muttered, “Have a good flight”, to which I muttered under my breath, “It ain’t right”.

Once out of sight, I immediately headed for the nearest bathroom, took a good look in the mirror, thereby activating my thought processes, all in an endeavor to ascertain what was making me an airport security target. Had I become the new face of aviation racism?  What were the distinguishing features especially with a member of the visible minority coming face to face with a representative of the mainstream majority, in an exercise that entails close physical contact.

As a counter measure I began preparing for my flights the way I would for a job interview, trying to look safe or to meet the standard for what I hoped airport search agents will see as “safe”, a person who is travelling first class and must be going to a very important meeting.  Looking around the airport, I do see white folks in lines, dressed in shorts, torn pants, un-ironed shirts, short skirts, and sports jerseys knowing full well that if I dressed that way as a Black person, I would be subject to added or unfair inspection.

It is apparent that I have internalized the idea that one must look a certain way to make it past CATSA or TSA agents unscathed.  It is my desire to escape my coloredness, so that I can live with the privilege of invisibility—the safety that comes with being white.

Ironically, of course, this reliance on appearance makes our air spaces even less secure. While security agents have a job to do, which is to keep us safe, it does not feel random when it happens three times in a row, when you see that all the people around you, who do not look like you, are not asked to step aside.  There needs to be a level of sensitivity about how different people perceive these kinds of searches.”

Both the Transport Safety Administration and the Canadian Air Transport Security Authority need to work towards getting those random checks right, especially when it  applies to passengers non-white. Furthermore,  I do not want to incorporate racial profiling into my travel time.

My joy of flying I need to regain, for some countries can only be reached by plane.