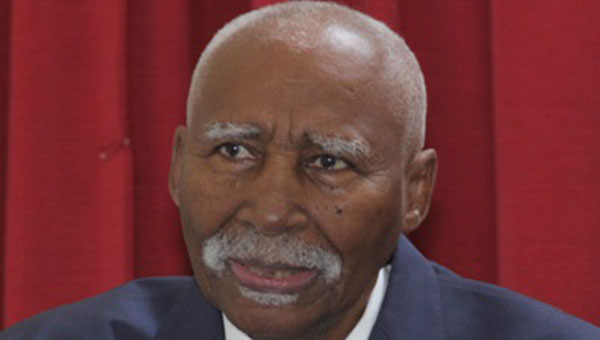 Sir Frederick, who was a cardiologist and a former Chief Medical Officer, served as Head of State, from 2002 to July 2019, died, last Thursday, at the age of 83. He will be buried tomorrow.

In a message of condolence to St. Vincent and the Grenadines’ Prime Minister, Dr. Ralph Gonsalves, the CARICOM Secretary General said the dignified manner, in which Sir Frederick carried out his responsibilities and his dedication to his tasks, during his 17-year tenure as Governor General, endeared him to his fellow citizens and all, with whom he interacted.

He said that Sir Frederick will be well remembered for his dedicated service to his country, as an outstanding medical practitioner, and that he also demonstrated his commitment to the development of his country, by his business investments, including in the tourism sector.

“I offer sincere condolences, on behalf of the Community, and on my own behalf, to the family of Sir Frederick and the government and people of St. Vincent and the Grenadines,” Ambassador La Rocque said.

Prime Minister Gonsalves said on NBC Radio, on Sunday, that Sir Frederick, who died at his home, had expressed a wish to be buried in a breadfruit board coffin.

In decades past, breadfruit wood coffins were the default for poorer Vincentians, but have since fallen out of use, as funeral arrangements have become more “modernised” and provided by funeral parlours.

Gonsalves said that Sir Frederick, the nation’s fifth and longest-serving Head of State, was “a special man, a very distinguished national, in all the areas, which we have identified, and a person, who was very humble”.