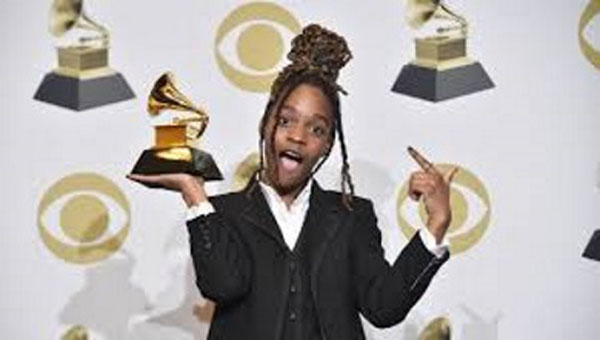 KINGSTON, Jamaica, January 28, 2020 (CMC) – Prime Minister, Andrew Holness, led the congratulations for teen sensation, Kofee, after she won the Grammy for the Best Reggae Album category at the 62nd Grammy Awards in the United States, on Sunday night.

“Congratulations and toast to original Koffee on winning the Grammy for the Best Reggae Album,” Holness said in a message on his Twitter page.

Tourism Minister, Edmund Bartlett, also extended his “heartfelt congratulations” to the 19-year-old Koffee, who became the first woman and the youngest artist to win the award in this category, for her debut album, “Rapture”.

“We offer heartfelt congratulations to Koffee for this tremendous achievement,” said Bartlett in a statement, adding “She is following in the footsteps of other reggae greats, who have played a pivotal role in taking our irresistible rhythm to the world.”

“We are a land of extraordinary talent, and Koffee is yet another example,” he added.

The Jamaica Ministry of Tourism said Koffee’s accomplishment is “significant as it serves as a precursor to the start of Reggae Month and ahead of Women’s Month in March”.

The Ministry noted that Koffee, whose real name is Mikayla Simpson, won from a field of fellow Jamaicans: Julian Marley for “As I Am”; Sly & Robbie & Roots Radics for “The Final Battle”; “More Work To Be Done” by Third World, which was produced by Damian Marley; as well as English band, Steel Pulse, for “Mass Manipulation.”