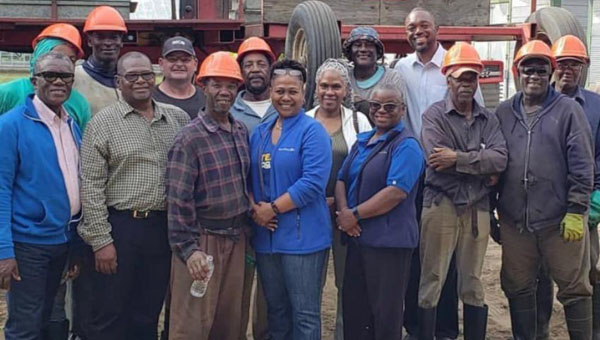 This was revealed by newly-appointed Consul, Liaison Services in the Barbados Liaison Service (BLS) in Canada, Ken Mason, who was speaking at the Local Annual Review Meeting of the Canadian Workers’ Program that was facilitated, last month, by the Barbados Employment Career and Counselling Services (BECCS) — a department under the Ministry of Labour and Social Partnership Relations.

In a report, presented at the Lloyd Erskine Sandiford Centre, Mason said, “The year started out with an addition of two new employers, Barrie Hill Farms and Vamos Investment Ltd.

He pointed out that compared to other Caribbean countries, the number of Barbadian workers employed in Canada tended to be dismal. However, Mason added that it was the BLS’ intention to increase the figures, by at least 30 percent, and for the ensuing year, it would be embarking on “aggressive marketing and awareness strategies, with the hope of reaching our goals”.

The Liaison Officer further stated that this would be accomplished through telephone contact, letters, emails and visits to existing and new employers in Canada.

He noted that the BLS would undertake research and expand its scope of employment opportunities in areas, such as construction, racing grooms, sewing machine operators and electronic assemblers.

The report, which relates to the period, January 1 to December 31, 2019, provided a summary of the operations of the BLS in Canada, which is responsible for the foreign worker program, here.

Mason said the recruits reported “good experiences and were eagerly awaiting requests from their employers to return”.

Adding that favourable and encouraging reports were also received from employers, he stressed that the BLS would continue to encourage the workers to give of their best.

He also reminded them that they should inspect their Canadian Work Permits for errors before leaving the airport; keep all important documents in the envelope provided to them by BECCS; reserve some of their earnings for program-related expenses in Barbados; and obtain their Police Certificate of Character, immediately upon return to Barbados, and a prepaid credit or Visa debit card from their banks or credit unions. 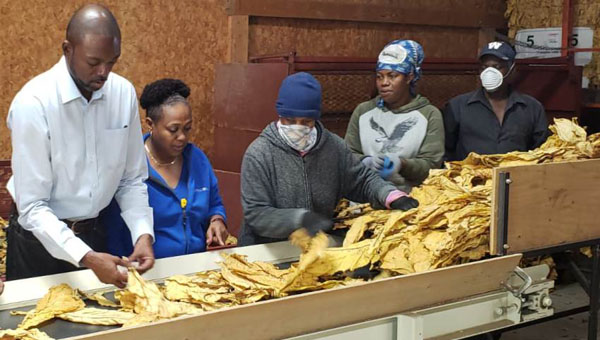 Mason said they were also encouraged to stay physically fit, as health and wellness were key pillars to workers’ success on these programs. He also admonished them to pay special attention to the laws and practices of Canada, and that they should practise conflict resolution, adding “with good conflict resolution, we have less problems in the program”.

The Liaison Officer also spoke about the Temporary Foreign Workers’ (Hotel) Program, which was restarted prior to January 2019. In addition to 30 workers already employed at Blue Mountain Resort, he said several more were requested, and agents should soon be recruiting others to join the current employees in Canada.

Another hotel, JW Marriott, had applied for a Labour Market Impact Assessment for 43 workers, and of these applications, 20 were approved by the Canadian government. These workers arrived in Canada on June 1, 2019, on one-year contracts.

While divulging that other resorts had been approached by the BLS, Mr. Mason said negotiations were held with DeerHurst Resort, which resulted in at least 15 new workers joining the programme for 2020.  Taboo Muskoka Resort was also expected to come on board during the year.