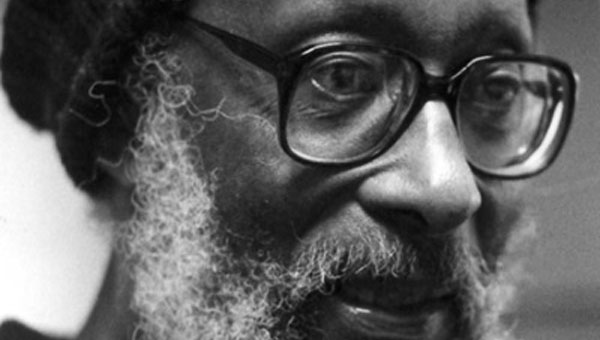 BRIDGETOWN, Barbados, February 6, 2020 (CMC) — Prime Minister, Mia Mottley, has describe the late Kamau Brathwaite as “easily one of the titans of post-colonial literature and the Arts”, as she paid tribute to the noted Barbadian poet and historian, who died, late Tuesday.

“His chronicling of our past, through his magnificent works, shone a powerful light on the realities of our present and, in turn, guided our sense of self and national identity,” she said, noting that one of the highlights of her tenure as Minister of Culture, was Barbados’ excellent presentation at CARIFESTA in Trinidad and Tobago, featuring Kamau’s seminal work, “Barabajan”.

“But his reach and influence were not limited to his beloved Barbados and the Caribbean.  His tenure, as an educator at institutions from Ghana to America, allowed students, of every ethnicity and background, to experience his wizardry with words,” she said.

The cause of death of the 89-year-old Brathwaite has not been disclosed, but he was widely considered as one of the major voices in Caribbean literature, and was a professor of Comparative Literature at New York University.

In 2006, he won the International Winner of the Griffin Poetry Prize, for his volume of poetry, “Born to Slow Horses”. Brathwaite is noted for his studies of Black cultural life, both in Africa and throughout the African Diaspora.

Kamau, as he was familiarly known, was educated at Harrison College, the University of Cambridge Pembroke College and the University of Sussex.  He was an education officer in Ghana, from 1955 to 1962, before he returned to the Caribbean to teach in St. Lucia, and later, at the University of the West Indies, Mona Campus in Jamaica. He also lectured at New York University.

In her tribute, Prime Minister Mottley said that Kamau’s “legacy and timeless gift to us all, is his powerfully-poignant body of work, and that “he leaves us priceless literary treasures that will delight and shape our minds for generations to come”.

“The numerous, stellar awards for his work are testament to the global acclaim and respect, earned for decades of exceptional literary craftsmanship. Kamau Brathwaite espoused the very best of the Barbadian personality, and I wish him safe journey to the next realm,” she added.

Brathwaite is survived by his wife, Beverley; sister, Joan; other relatives and friends.