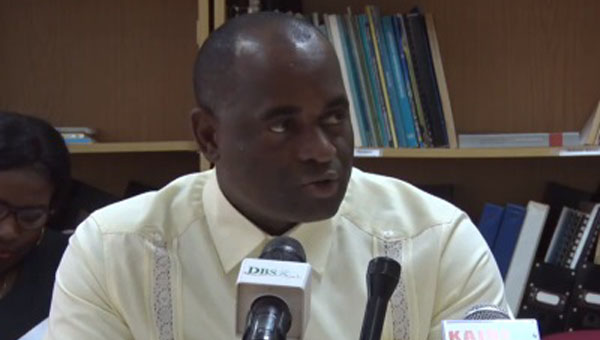 ROSEAU, Dominica, February 7, 2020 (CMC) – The Dominica government warned, today, that it was prepared to table “draconian” legislation, in a bid to recover more than EC$250 million in outstanding taxes.

Prime Minister, Roosevelt Skerrit, told a news conference that as of the end of December, last year, taxes, amounting to more than EC$257 million, were outstanding and urged defaulters to begin speaking with the Inland Revenue, by Ash Wednesday, February 26.

‘When you add all of the outstanding taxes owed to the state, I am talking about, as of the end of December, you talking about EC$257.9 million,” Skerrit said.

Prime Minister Skerrit said that among the measures his administration is contemplating, to recover the outstanding fees, include legislation.

“Failing which, I will be left with no choice but to go to the Parliament and to pass the appropriate legislation, to give the state far-reaching powers to collect that which you owe to the state,” Skerrit said, adding “I am saying to you, that legislation would be draconian in nature”.

He said Dominicans must stop believing that only the government must be responsible and accountable and transparent in its operations.

He said the funds were needed, given the destruction caused to the island, by the passage of Hurricane Maria, three years ago, and the fact that Dominica has been seeking assistance from friendly governments to meet its obligations.