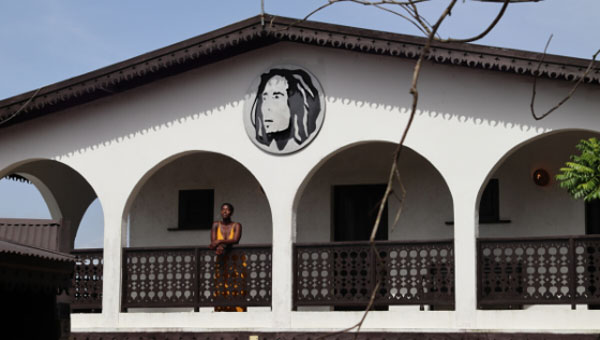 ST. ANN, Jamaica February 7, 2020 — Born and raised in London, England, Princess Booker’s parents set the foundation for her life by gifting her the “Princess” moniker — a strong title for a girl, who grew up into a remarkable renaissance woman.

Her passion runs a vast spectrum but, at the core of it all, are fashion and music.

“I guess I was influenced by my father and brother; watching them made me want to work within events or music.  When I finished university, I worked with my dad on the 9 Mile Music Festival and Nine Mile Reggae Land for a few years. I then started working with my brother, Julian, in 2011,” explained Princess. 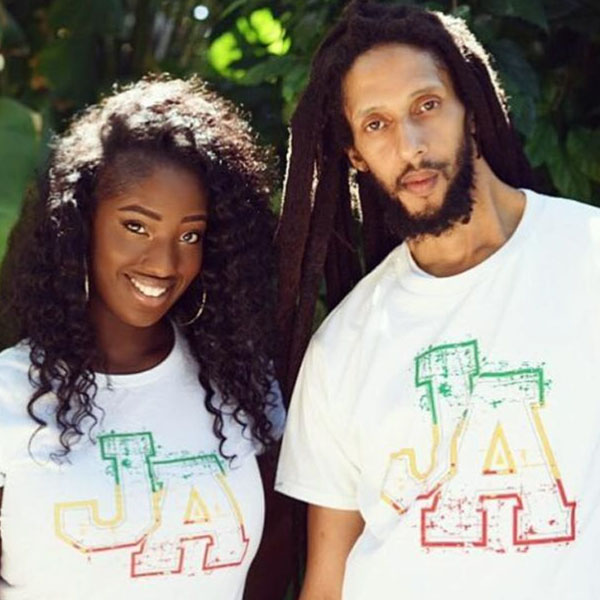 Amid all her endeavors, is her rapidly-growing successful Nine Mile Clothing line that was birthed and influenced by a mystical, legendary small town in Jamaica, where reggae icon, Bob Marley, and his mother, Cedella Marley-Booker, both took their first breaths and were also laid to rest.

Reflecting on her Nine Mile journey, Princess related: “I spent a couple months in Jamaica at Nine Mile and found that a lot of the tourist wanted clothing that had Nine Mile on it. Originally I was only going to make magnets, as I love collecting them, but I ended up making Nine Mile canvas bags instead.

“After that everything else gradually followed, men, women and children wear, as well as accessories. The whole reason I decided to do clothing was to raise awareness to Nine Mile Reggae Land.”

Nine Mile officially launched in 2018, and the brand was showcased, for the first time, at the annual Kaya Fest in April 2018.

“I was invited to Kaya Fest in California by my cousin, Stephen Marley, to showcase the brand with all the other family brands; that is where I first brought my vision to real people. It was no longer just friends or family wearing the brand,” Princess revealed.

The Nine Mile lifestyle brand, by Princess Booker, is a versatile every-day streetwear line, with ready-to-wear pieces for men, women and children that adapt to fit unique lifestyles. It combines all the beautiful elements of Nine Mile: the happy peace, the freeness of spirit and the quiet fire that inspires all, who visit its land. 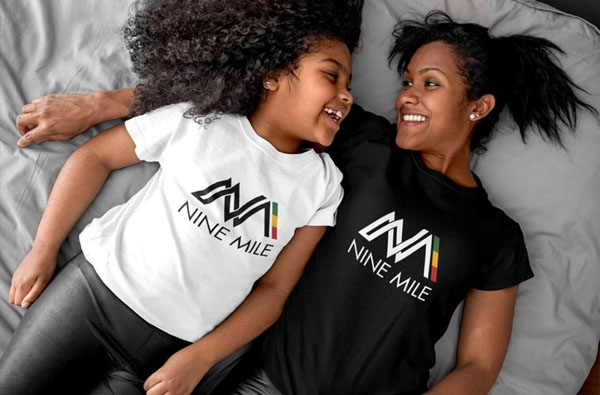 The brand delivers taste and style, with trendy, contemporary clothing that maintains the essence of the Caribbean, with a message of love and positivity. Like the majestic Jamaican mountains, the clothing line blends the casual serenity of Nine Mile with bold, edgy designs.

Princess Booker’s philosophy about fashion is telling: “Just like music, books or paintings, fashion is a form of self expression — fashion is art. You don’t have to follow the latest trends or spend thousands of dollars to paint your canvas… Anyone can get dressed up and glamorous, but it is how people dress in their days off that is the most revealing of their soul.”

As new designs are set to unveil, Nine Mile Clothing is offering 10 percent off for first time purchasers who subscribe to: www.ninemileclothing.com