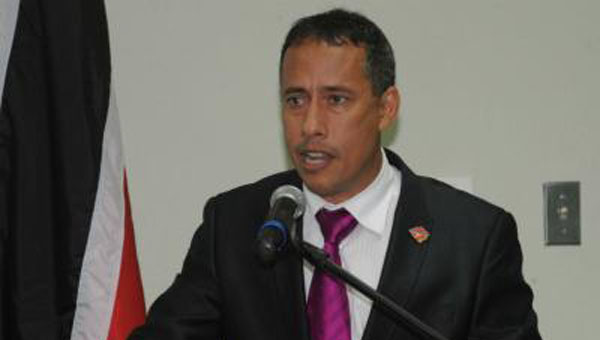 PORT OF SPAIN, Trinidad and Tobago, February 10, 2020 (CMC) – The Trinidad and Tobago Police Service (TTPS) has launched an “immediate investigation”, regarding police officers affiliated to political parties, after a newspaper reported that a police officer had been by-passed for contesting last year’s Local Government Elections, on behalf of the ruling People’s National Movement (PNM).

A police statement reminded officers that when they join the TTPS, “you immediately lose certain rights as a citizen. One of those rights is to openly show bias and support for political parties”.

The statement explained that, in light of information coming to the attention of the Commissioner of Police, Gary Griffith, he has since launched “an immediate investigation, into allegations of a police officer applying and being interviewed for a political post in a political party, whilst being a serving police officer; and then being quoted in the media of openly expressing his support and allegiance to the principles of that said party”.

The statement noted that Section 40 of the Police Service Act states that “a police officer is disqualified from membership of the Senate, the House of Representatives, the Tobago House of Assembly, or a Municipal Corporation”.

A police officer should also “not engage in any activity, occupation or undertaking, which would impair his usefulness as an officer, or in any way, conflict with the interest of the Service”, and “shall not, without the consent of the Commissioner, accept any paid employment or engage in any trade or any professional, commercial, agricultural or industrial undertaking, or undertake private work for remuneration, whether in or outside of Trinidad and Tobago”.

Section 139 of the legislation also states that an “officer shall not make any public expression of political and sectarian opinions, and shall bear himself, with strict impartiality, in all matters.”

Griffith said that there is good reason for such regulations, adding that while any citizen is free to express and voice their affiliation to any political party, on taking the oath as a police officer, “you lose certain rights, and rightly so, because at no time must any decision, action, arrest or the charging of anyone be seen, or even perceived, by the public, of the law enforcement institution acting and abusing their authority, based on bias through being politically-aligned to any political party”.

He said that a police officer holds immense authority, which includes that power to take away the rights of freedom of other citizens, “hence at no time, must there even be the perception that an officer can and would use such authority to show any degree of bias in the performance of his duties”.

“If one wants to have such rights to freely express his/her political alliance, and even to officially join, support, and represent any political party holding any political post, he/she must resign.

“Between the period of swearing such an oath, to when you tender your resignation from the TTPS, any such action could be seen as being biased and politically motivated, and also would be in breach of TTPS Regulations and relevant disciplinary action would be taken.”

But the TTPS acknowledged that the action of the police officer, “even though more glaring than others… is not the first such instance of police officers expressing their support for political parties”.

“Just a few weeks ago, one officer was cautioned by the CoP as it pertained to him showing open support to one political party and making scathing attacks to the other, via social media. He then stated that it is his right to say and support which political party he feels to. It clearly means that there are officers, who are not aware of the Regulations in the TTPS,” the TTPS said.

The statement said that another investigation is ongoing, into reports of a police officer in Tobago, who “has openly expressed his support for one political party, with reports of him trying to influence citizens to support that said political party.

“No Police Service officer must ever show their bias or favouritism to any political party, whether they be in Government or Opposition, as such an institution must remain independent; and any member of said service, who disregards such action, could lead to immediate suspension, until investigations are completed.”