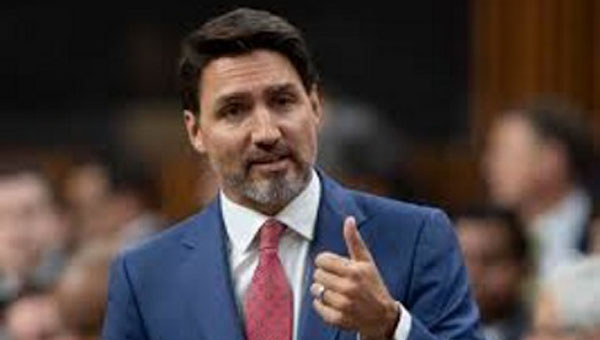 The Secretariat said that Trudeau will meet with the leaders of the 15-member regional grouping on the first day of their two-day summit that will be held at the Lloyd Erskine Sandiford Centre, on the outskirts of the capital.

He is also scheduled to hold bi-lateral discussions with the CARICOM Chairman and the host, Prime Minister, Mia Mottley.

“Canada and Caribbean countries have always had strong relationships, and almost one million people, of Caribbean descent, live in Canada. These relationships are based on shared values and partnerships in the fight against climate change, the promotion of democracy, trade, economic growth, and security. I look forward to meeting the leaders of CARICOM to discuss how we can work together to strengthen the Caribbean, and build a better world,” Trudeau said.

The Canadian government  said that the visit is to allow him to make his pitch to a new audience, regarding Canada’s bid for a seat on the United Nations Security Council.

It said that while Trudeau is expected to talk to Caribbean leaders about climate change, given the region’s particular vulnerabilities to its impacts, the Security Council seat will also figure, prominently.

The visit to the Caribbean follows a week-long visit to Africa and Europe, where he is attempting to lock down votes for a seat at the Security Council table from those countries.

Canada, Norway and Ireland are the three countries vying for two seats, available to Western European countries and Canada. The winner will occupy the seat for two years. Canada last sat on the Security Council in 2000, and lost its last bid for a seat in 2010.

During their two-day summit, the regional leaders will discuss various issues, including the CARICOM Single Market and Economy (CSME) that allows for the free movement of goods, skills, labour and services across the region; the Report on the Commission on the Economy; Engagement with the private sector, labour and civil society; CARICOM advocacy against blacklisting, de-risking and withdrawal of correspondent banking.

They will also receive an update on matters of importance for science and technology and examine the recommendations from the 25th meeting of the Prime Ministerial Sub-Committee on External Negotiations.