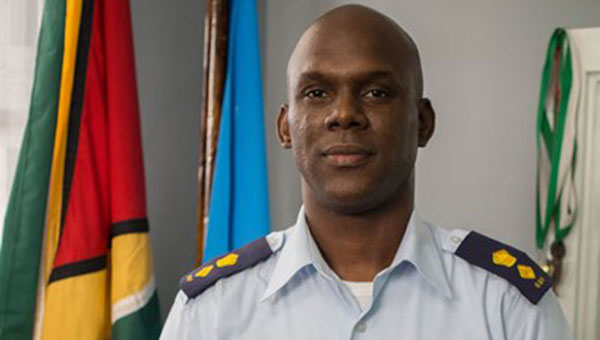 The exercise formed part of the lead-up to Operation Tradewinds, to be hosted, here, in June.

Operation Tradewinds is conducted, in conjunction with partner nations, to enhance the collective abilities of defence forces and constabularies to counter transnational organised crime, and to perform humanitarian and disaster-relief operations.

According to CDC Director-General, Lieutenant Colonel Kester Craig, the oil spill table-top exercise, that was carried out, yesterday, was one of the steps of the of the National Contingency Plan.

“Coming out of the exercise, further adjustments will be made to the plan, because you don’t quite understand the roles and responsibilities until you test it,” commented the CDC Director-General.

The final draft of Guyana’s National Oil Spill Contingency Plan was completed in November 2019, and Lt. Col. Craig told participants that the development of the contingency capabilities would be an ongoing process.

“The way this exercise will be done is that there are going to be several injects, via email, maybe via text messages, WhatsApp and, maybe a runner just coming and giving you a message, and you will be broken up into different groups that are outlined in the National Oil Spill Contingency Plan,” explained Graig.

He added that there are various sectors, outlined in the plan, such as finance, health and environmental protection, and emphasised the need for persons to understand their roles and responsibilities.

Representatives from NASA, the Canadian military, US Coast Guard, and local agencies, such as the EPA and WWF Guyana, attended the one-day workshop.