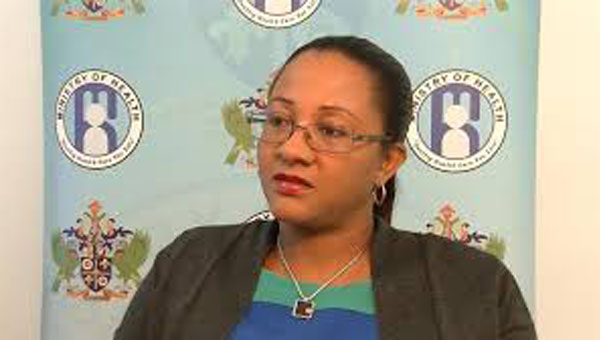 St. Lucia's Chief Medical Officer, Dr. Sharon Belmar-George, said "...So we can clearly say that we do not have any suspected cases of Coronavirus in St. Lucia."

St. Lucia Health Authority Says Russian National Who Arrived On Private Yacht Did Not Have Coronavirus

CASTRIES, St. Luca, February 13, 2020 (CMC) – Health authorities in St. Lucia have confirmed that a foreign national, who arrived here, earlier this week, by a private yacht, did not have the deadly coronavirus.

This was confirmed by the Trinidad and Tobago-based Caribbean Public Health Agency (CARPHA).

In a Radio and Television Broadcast, late Wednesday, Chief Medical Officer, Dr. Sharon Belmar-George, said the Russian man, who arrived, here, on board a private yacht from an unnamed “nearby territory”, was quarantined in Saint Lucia.

“In keeping with our national response protocols, the individual had been placed on medical quarantine at a public health facility and the necessary assessments were undertaken,” a statement from the department said.

The statement ignited a flurry of social media messages, prompting warnings against the dissemination of unverified information and fake news.

The Russian’s presence, here, also caused a panic among residences, as the visitor is reported to have boarded public transport and found his way to a hospital.

Belmar-George disclosed that the negative result was received from CARPHA, after they decided to fast-track the request from the government.

Explaining how her team was able to obtain a result, in mere hours, after suggesting that it could take up to four days, the health official said given the urgency of the matter, they decided against using the traditional courier service to get the sample to Trinidad.

“The coordination involved the use of the Regional Security System, through the Minister of National Security, to get the samples to Trinidad in record time, and  CARPHA was able to expedite the testing of the sample.

“Until we got that result, we knew the way forward, the incident was something of an anxiety for us, so it was quite a relief, when Dr. Joycelyn John, of CARPHA, called me, last night, to indicate that the sample was negative,” Belmar-George said.

“So we can clearly say that we do not have any suspected cases of Coronavirus in St. Lucia,” she added.

Meanwhile, the Department of Health and Wellness is urging the public to adhere to recommended hygiene practices it had previously issued.

The Trinidad and Tobago-based Caribbean Public Health Agency has said that no one in the region has tested positive for the virus that has spread to countries, outside of China.