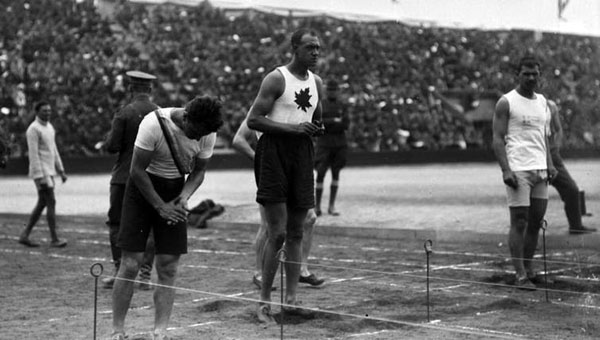 The history and achievements of Black Canadians are scarcely taught in schools, resulting in what the father of Black History Month, Carter G. Woodson, had lobbied against — discounting the relevance of Blacks in society by failing to remember their history.

Despite facing systematic discrimination, Black Canadians have been able to persevere and be triumphant. The achievements of Black Canadians are not something of importance for only the Black community, but are significant for all Canadians. Black history is the fabric of our country.

Sports provides great examples to underscore this point. Many of the pioneering Black athletes from Canada are largely unknown to most Canadians.

For example, George Dixon was the first Canadian Black boxer to win a world boxing championship. A self-taught boxer, he is credited for inventing shadow boxing and using the first suspended punching bag.

Racial tensions certainly made it difficult for these athletes to compete, but their precedents have forever shaped the sport. John Howard’s grandson, Harry Jerome, would burst onto the track and field scene in 1960 by setting a world record in the 100 metres — he later set six more world records — and won a bronze medal at the 1964 Olympics, as well as gold medals at the Pan American and British Empire Games. The greatest legacy Harry Jerome would leave, however, was his lifetime commitment to promoting participation in sport for all Canadians. 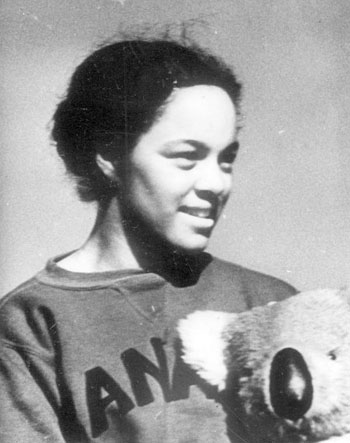 Barbara Howard became the first Black female athlete to compete internationally for Canada when she competed in the 1938 Empire Games. Photo credit: City of Vancouver Archives.

Likewise, John (Army) Howard broke the Olympic colour barrier for Canada in 1912 by competing in the Summer Games in Stockholm, while Barbara Howard became the first female Black athlete to represent Canada internationally, competing at the British Empire Games in 1938.

Throughout history, Black athletes have had to deal with many forms of racism — including the falsehood that their success was the result of a genetic advantage that Black athletes enjoy.

Race is a social construct. Race is based on observable physical traits and reflects no biological differences. Scientists have conducted a plethora of studies exploring the relationship between race and athletic success. To many of these researchers’ chagrin, there is no athletic gene that distinguishes Black athletes from non-Black athletes. Instead, we can look at the feat by Blacks in sports as simply a “metaphor for struggle and triumph and flair,” as Canada’s Poet Laureate, George Elliott Clarke so aptly put it.

In the early years, Blacks were often prohibited from participating in Canadian sports clubs. Boxing, horse racing and rowing are among the first sports where Blacks were allowed to compete against whites. For the other sports, Blacks began forming their own leagues. 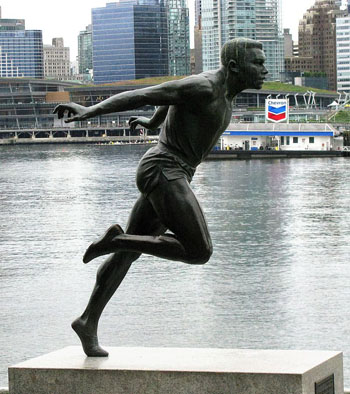 While the innovations and athleticism displayed in this league has yet to be acknowledged in the Hockey Hall of Fame, their influence on the modern game of hockey is undeniable.

The impact of Black players on Canada’s national winter sports is not restricted to male players. Angela James’s play often drew comparison to Wayne Gretzky and Mark Messier. A prolific goal scorer, James led Canada’s women’s hockey team to four world championships (1990, 1992, 1994 and 1997). She is in Canada’s Sports Hall of Fame and the Hockey Hall of Fame and was just the second Black athlete to be inducted into the International Ice Hockey Federation Hall of Fame.

James is a pioneer in other ways — she was the first openly gay hockey player. She has had to endure a great deal of discrimination and racism, making her success that much more remarkable. To be a pioneer is certainly not glamorous. Only in the many years that follow can we truly appreciate such barrier breaking individuals.

Black pioneering athletes continue to make an impact today. We need not look much further than Canada’s three-time Olympian Jennifer Abel. She is the first Black Canadian to win an Olympic medal in diving. Athletes like Abel transcend their sport, becoming exemplars for other young athletes to follow.

Sometimes the greatest barrier is first seeing someone who looks like yourself, showing you it can be done, while also showing the rest of society any sport is not restricted or defined by a race.

Nicole W. Forrester is an Assistant Professor, School of Media, at Ryerson University.

Why The Scarcity Of Indians In West Indian National Football?

Why The Scarcity Of Indians In West Indian National Football?