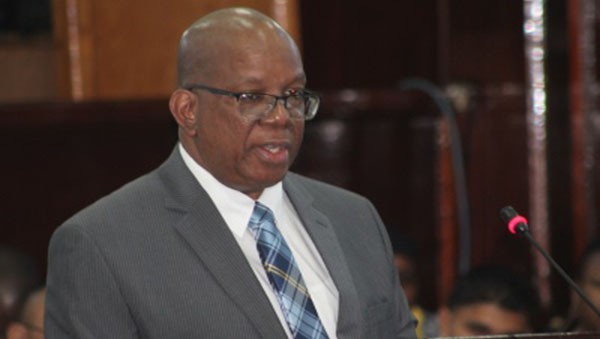 This was disclosed by Finance Minister, Winston Jordan, as spoke at a sod-turning ceremony for the proposed Hilton Hotel in East Coast Demerara.

“While there has been positive growth from 2015, economic growth has been cumulative since 2017, moving from 2.1 percent in that year, to 3.8 percent in 2018, and to 4.7 percent last year. The growth recorded last year was more than the projected 4.6 percent,” the Minister said.

The growth was fueled by the oil and gas sector investments and the performance of traditional industries.

Last year’s expansion, Jordan said, was despite the sugar and bauxite industries not showing their usual performance, adding that the former dependency on the performance of a few commodities, over the years, has shifted, with the positive growth resulting from successes in the rice, construction and tourism industries.

“We need to recognise the performance of those sectors…it comes on the heels of positive performances, despite yearly challenges … Guyana continues to grow, and except the year we had one percent growth, every year we had growth above three percent.”

Jordan noted that the performance was a result of the coalition government’s strategic plans and investments, including a regime, attractive enough to both local and foreign investors, which resulted in continuous investments.

He added that the coalition government would continue to create conditions to ensure that businesses make profits, establish regulations protecting the environment and workers, and grow the economy.

New York-based stock market, NASDAQ, has listed Guyana as the fastest growing economy in the world, with a projected growth rate of 16.3 percent, from 2018-2021.

Those projections are contained in a report from the International Monetary Fund (IMF), which stated that Guyana’s real GDP is expected to grow by approximately 86 percent in 2020, almost 20 times more than the projected 4.4 percent growth for this year.