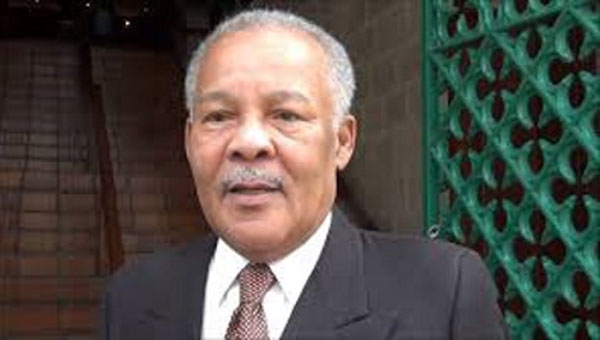 The Commonwealth Observer Group is among several regional and international organisations expected to monitor the elections, which many political observers say will be a straight fight between the ruling coalition — A Partnership for National Unity (APNU)/Alliance For Change (AFC) and the main opposition, the People’s Progressive Party/Civic (PPP/C).

The Commonwealth Observer Group said that over the next three days, it will continue to meet with key stakeholders, including the Guyana Elections Commission (GECOM), political parties, civil society, the media, the police and citizen and international observers.

Arthur said that he was “greatly honoured” to have been asked by Commonwealth Secretary-General, Baroness Patricia Scotland, to lead the Commonwealth Observer Group, noting “this is the seventh consecutive election that the Commonwealth has observed in Guyana, and our presence, here, affirms the support of the Commonwealth to this country and its democratic processes”.

The Group was constituted, following an invitation from the Ministry of Foreign Affairs in November.

Its members are drawn from across the different regions of the Commonwealth, including Africa, Asia, the Caribbean, Europe and the Pacific, and bring a wealth of experience, from across the social and political spectrum, with expertise in the fields of politics, election management, law, the media, gender, civil society and human rights.

The Commonwealth Observer Group said that its mandate is to observe and evaluate the electoral process, independently and impartially.

“We will assess the pre-election environment, polling day activities and the post-election period and consider the various factors, impinging on the credibility of the electoral process, as a whole. We will then report on whether it has been conducted in line with Guyana’s national legislation, as well as the country’s regional and international commitments,” Arthur said.

The Commonwealth Secretariat staff, who arrived, in advance of the Group, on February 19, observed early voting of the country’s security forces on February 21.

“On Election Day, we will observe the opening, voting, closing, counting and the results management processes.”

The Commonwealth said that it will issue an interim statement on its preliminary findings, on March 4, 2020.

“A final report will then be prepared and submitted to the Commonwealth Secretary-General, and subsequently shared with relevant stakeholders and the public. The Group will depart Guyana on March 9, 2020.

“We are aware of the significance of these elections to the people of Guyana, and we call on all stakeholders to demonstrate commitment to a peaceful, transparent, credible and inclusive election,” Arthur added.

Apart from Arthur, the other Caribbean members on the team are: Sir Gerald A. Watt, the Speaker of the House of Representatives in Antigua and Barbuda; Lebrechtta Nana Oye Bayne, Social Economist & Gender Expert also from Antigua and Barbuda; Lisa Shoman, former Foreign Affairs Minister in Belize; and Josephine Tamai, the Chief Elections Officer in Belize.