New in Pride
Home / International News / Jamaica Government To Invest US$7.3 Billion In Electricity Sector By 2037 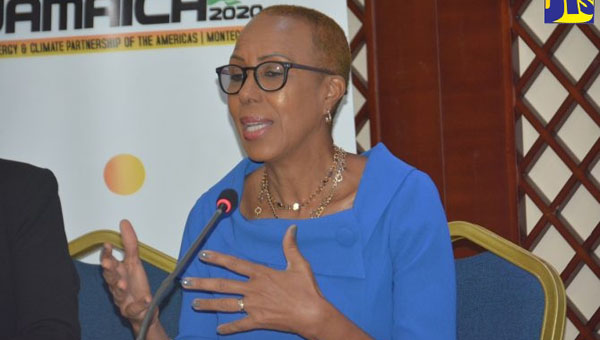 Jamaica Government To Invest US$7.3 Billion In Electricity Sector By 2037

MONTEGO BAY, Jamaica February 28, 2020 — The Integrated Resource Plan (IRP), recently approved by Cabinet, will see some US$7.3 billion of investment in the electricity sector by 2037, disclosed Minister of Science, Energy, and Technology, Fayval Williams, while addressing a meeting with United States representatives and members of the regional energy sector, at the fourth Energy Climate Partnership of the Americas (ECPA) Ministerial Meeting, which opened, yesterday, at the Montego Bay Convention Centre in St. James.

She said that $2.3 billion of this amount will be used to replace old plants, noting that “The country will be taking on 320 megawatts (MW) of solar and/or wind; 120 MW of liquefied natural gas (LNG); and 74 MW of hydro, waste to energy and/or biomass, between now and 2025.”

The IRP sets out Jamaica’s 20-year plan for the electricity-generation sector.

Minister Williams said that taking into account the total system-spend, over the 20 years, including capital and maintenance cost, the IRP is indicating there will be an overall decrease in energy cost, to reflect the retirement of the old and inefficient generators.

She further informed the Meeting that Cabinet has approved the new members for the Generation Procurement Entity (GPE) within the Ministry. The GPE was established, under the Electricity Act, 2015, and has a mandate to see to the procurement of electricity-generation capacity for the sector.

The Energy Minister noted that the EPCA Meeting was important, as it sought to reconfirm Jamaica’s commitment to the implementation of the framework, signed between the Jamaican and United States governments, to strengthen infrastructure investments and energy cooperation, between the countries.

“Jamaica is signalling to the US that this framework continues to be an important priority of this government,” she said, pointing out that these developments serve to accelerate the pace of implementation of deliverables, under the agreement.

“It is my hope that, coming out of this meeting, we can strengthen the framework agreement, improve the monitoring and examine the timelines, with a view to accelerating the pace of implementation,” she said. 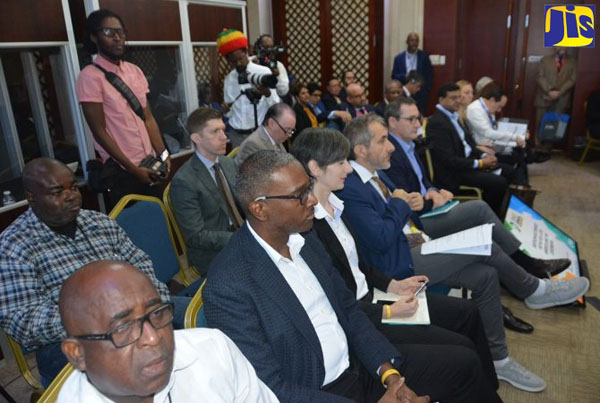 Williams, revealed that 18 percent of Jamaica’s current electricity demand is being met by renewables, elaborating that this is a major step in the country’s overall target, of 50 percent of renewables, for electricity-generation by 2037.

“Over the years, you have seen us (Jamaica) move towards having more natural gas in our mix and more renewables, as well,” Minister Williams said.

Just over a decade ago, petroleum accounted for 95 percent of electricity supplied, while wind and hyrdo accounted for 2.4 percent and 2.6 percent, respectively.

The Minister said with the country incorporating more eco-friendly sources of energy – wind, hydro and solar – the government anticipates a “smooth transition” away from non-renewable fuels, and she outlined that the Integrated Resource Plan (IRP) has been instrumental in the changeover process, and has guided Jamaica to develop a modern energy sector.

“The IRP allows us to take a 20-year look into the electricity-generation sector, as it relates to the retirement of existing inefficient plans, the taking on of new capacity… and looking at our projection for demand over that period as well,” she explained.

“Investors have greater visibility into the sector. They know, between now and the next five years, exactly what it is that we would be looking to procure. There is a defined procurement process,” the Minister added.

In the meantime, she urged international bodies to continue partnering with Jamaica to modernise the energy sector, adding that there is a lot more work to be done, in enabling the sector to achieve its energy objectives.

“I know the Inter-American Development Bank (IDB) has done quite a bit, already, in terms of looking at the e-mobility and what that means for additional demands for the electricity sector. [So] we would love for international partners to probably take a look at our process, write up about us, to say how well we are doing and help us in our assessments,” the Minister said.

Approximately 35 Energy Ministers are participating at the ECPA meeting. Also taking part are more than 300 investors, regulators, car dealers and manufacturers, power-generating companies and others.

The meeting, which concludes today, is being held under the theme ‘Energy Resilience and Investment Opportunities’.