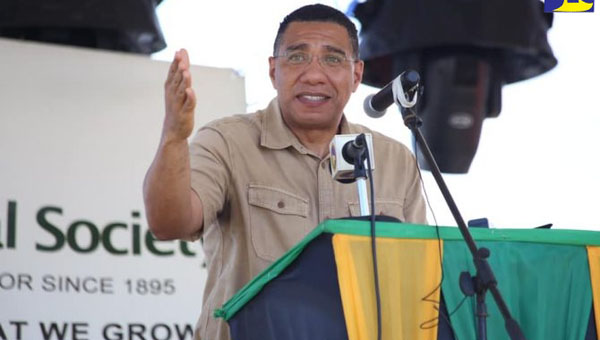 Delivering the keynote address at the 65th Hague Agricultural and Industrial Show in Falmouth, Trelawny, on Wednesday, the Prime Minister cited prospects, available through linkages with tourism and other sectors, and encouraged them to utilise technology and follow best-practices, in order to increase productivity and income.

“If you are in farming, we want to associate you with profits. You must be able to profit from your enterprise, your industry, your effort, and the sweat that you put in,” he said.

Holness called for removal of the stigma, surrounding farming, noting that gone are the days when the profession was frowned upon, dismissed as being outside mainstream and unbefitting of persons, with any kind of social status.

He said that farming is a lucrative business and participants must “take their rightful place as major contributors to the nation’s coffers”.

“Agriculture is the base of the economy. If agriculture doesn’t grow, then you can be certain that there will not be much, if any growth at all, in the economy,” the Prime Minister noted, while congratulating the organisers of the Hague show, for putting on a quality product.

“The time has come to pair your energy, your effort and your commitment, with the capital and the technology and the scale, needed to make agriculture a profitable endeavour in Jamaica,” the Prime Minister said. 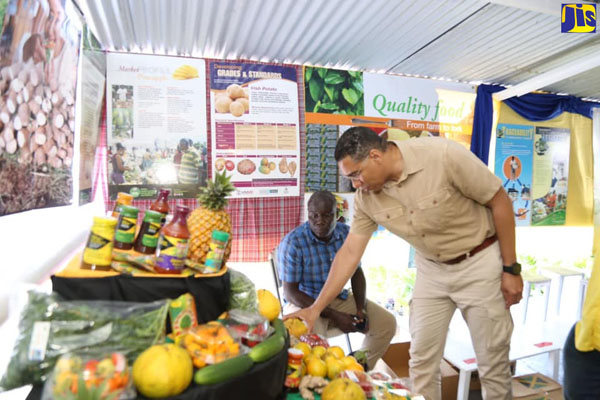 Meanwhile, Trelawny stakeholders praised the revamped Hague Agricultural and Industrial Show, noting that it is a signal that agriculture is once again alive and well in the parish.

“I am elated about this, the 65th staging of the Hague Agricultural and Industrial Show. I am also very passionate about the theme, chosen to commemorate this year’s staging – ‘Agricultural Resilience and Adaptation to Climate Change’,” said Mayor of Falmouth, Councillor Colin Gager.

The Mayor said it has not been lost on the people of Trelawny that, “as we celebrate 250 years as a parish”, the Hague Agricultural Show is a friendly reminder of the importance of agriculture and its invaluable contribution to Jamaica’s economy.

He argued that while the parish is known for its production of quality crops, it is “the rich yellow yam” that is the real standout.

“With the focus on highlighting the importance of agricultural sustainability, through the adaptation of climate-smart practices, farmers and stakeholders in the sector should seek to learn strategies and the best-methods for mitigation against potential disasters,” the Mayor said.

The Custos of Trelawny, Paul Muschett, said commendations must be extended to the Jamaica Agricultural Society (JAS) and the Trelawny Association of Branch Societies, “which have worked, tirelessly” to revive the Hague Agricultural and Industrial Show.

“We can, again, look forward to an event, which we can be proud of. Last year was a successful staging, exemplifying application of accountable leadership, alongside creative content. This year was even better where, for the first time, we had a Jamaican Prime Minister opening the event,” he said.

Meanwhile, JAS President, Lenworth Fulton, pointed out that the Hague show provides agricultural stakeholders, farmers, and young people the opportunity to learn how climate-smart practices, infused with technology, will assist the sector to plan and mitigate climatic changes.

“We commend the farmers, of Trelawny, who participate, annually, by showcasing their produce to include varieties of yams, herbs, spices, agro-processing products and livestock. We also hope that the show serves as a platform to network and access potential clients,” he added.