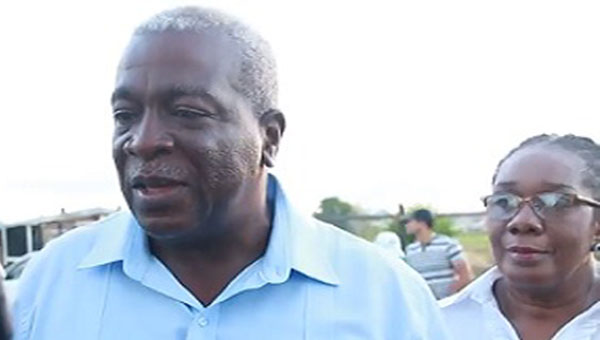 “I have set the example. I am happy that I did that with my family. We came out, early, and many of the people from Diamond, they are out here, early, and it augurs well for a peaceful day of voting,” said Phillips, accompanied by his wife and daughter, soon after casting his ballot at the Diamond School, on East Bank Demerara.

Phillips told reporters after casting his ballot, he is anticipating “a large turnout of voters”, and at the time of voting, he was unaware of any difficulties, being experienced by voters, across the country.

“As of now, there are no negative reports, but I guess, as we go through the day, whatever reports are made by the different PPP/C leaders throughout the country, where they are voting, those reports will be shared with the media,” he added.

“I am happy, at all that I have seen,” he said, adding that he had come across some of the local, regional and international observers here monitoring the regional and general elections.

“From my vantage point, everything is going well,” he said, noting however, “I have received some reports that they (some staff) are not performing to their optimum at this time….it is just a matter of organisation”.

He said he is hopeful that the “problem” would be at best “minimal” across the spectrum.

GECOM said that nine political parties are contesting the general elections, while 11 are participating in the regional poll. Polling stations close at 6.00 pm (local time) after a 12-hour duration.