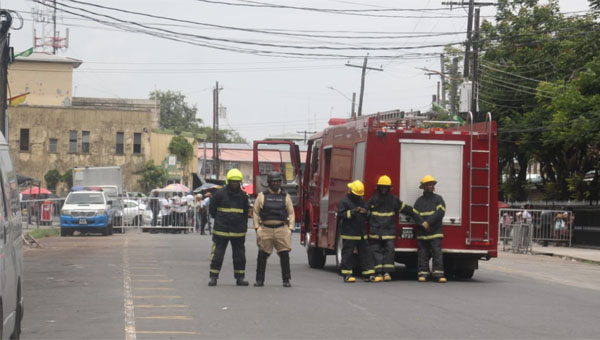 According to NewsSource Guyana, the bomb squad division of the Guyana Police Force and the Fire Service arrived on the scene to carry out checks. However, it was later reported, that nothing suspicious was discovered in the building.

The same building is serving as the Command Centre for GECOM’s operations, with the Chief Elections Officer occupying an office there.

It is also the building, where the verification of Statements of Poll (SoP) is taking place. Only accredited persons are allowed access to the building.

Meanwhile, security has been tightened around the building, as controversy and several delays swirl around the declaration of the results of the March 2 general elections.

Region Four, the largest electoral district, is where Guyana’s administrative and commercial activities are concentrated, and is the only region outstanding from the general and regional elections.