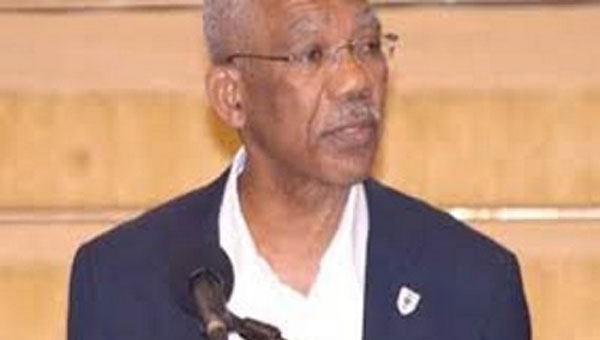 Guyana President, David Granger, in a public speech, last night, said he hoped that "tomorrow, Thursday, the Chairman of the Elections Commission would make some form of declaration".

GEORGETOWN, Guyana, March 4, 2020 (CMC) – With the Returning Officers (RO) in nine of the 10 regions having declared results, the main opposition party, the Peoples Progressive Party/Civic (PPP/C), holds a significant 51,439-vote lead in the regional and general elections.

The poll results from Region Four — the country’s largest and the only one outstanding — is expected to be declared today.

In the country’s last regional and general elections in 2015, the governing coalition — A Partnership for National Unity and the Alliance for Change (APNU+AFC) — won Region Four by approximately 43,000 more votes than the PPP/C.

Last evening, officials of both the APNU+AFC and the PPP/C were summoned to the Guyana Elections Commission (GECOM) office, after the Chief Elections Officer (CEO), Keith Lowenfield, said some hiccups had halted the counting process in Region Four for some time.

He said, however, that the process resumed, later on Wednesday night, with the verification of the 192 Statements of Poll (SOP) from the East Bank of Demerara.

“At the moment the Commission is trying to ensure that while it understands the anxiety of the citizenry, it does not want transparency to be lost in the process. The whole posture is to ensure that there is transparency in the process, and to plead with citizens to remain calm, so that we have the correct results that will be to the satisfaction of all,” the GECOM CEO said.

“I cannot make a declaration tonight, because the Guyana Elections Commission, itself, has not received all of the declarations from the Returning Officer,” he said.

Granger noted that the coalition, APNU+AFC, had “made some challenges”, as well as the main opposition PPP/C.

“Right now, verification is still taking place. The numbers have not been verified and we cannot make an announcement until the Elections Commission makes a declaration,” Granger said, adding that he had hoped, that by now, the declaration would have been made.