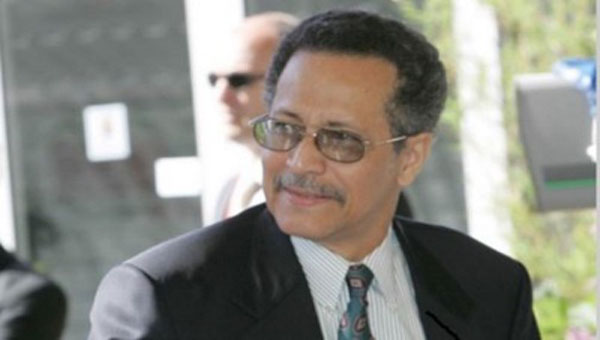 Former Secretary General of the African, Caribbean and Pacific (ACP) Group, Dr. Patrick I. Gomes, today, called on all political parties in Guyana to “let the rule of law prevail”.

GEORGETOWN, Guyana, March 6, 2020 (CMC) – The 15-member Caribbean Community (CARICOM) says it is “concerned about the allegations, being made about the Guyana elections”, and called on the Guyana Elections Commission “to ensure that all legal and procedural processes are fully complied with”.

CARICOM joined other regional and international observer groups, here, monitoring the regional and general elections held on Monday, in calling for “calm, while these issues are resolved”.

Officials of the ruling coalition — A Partnership for National Unity (APNU) and the Alliance for Change (APNU+AFC) — have declared that it has won Region Four, by a commanding lead, over the main opposition People’s Progressive Party/Civic (PPP/C) and, in effect, had regained power in this Caribbean Community (CARICOM) country.

But international observer groups and representatives from the US, Britain, Canada and the EU, here, have complained about a lack of transparency in the release of the preliminary results in Region Four, where more than 200,000 people were registered to vote.

In its statement, CARICOM said it is “concerned about the allegations, being made about the Guyana elections, with respect to the tabulation of results, based on the Statements of Polls (SOPs) in Region Four”.

“The Community calls on the Guyana Elections Commission (GECOM) to ensure that all legal and procedural processes are faithfully complied with, in respect of the vote count and the declaration of results, to ensure that the outcome of the polls expresses the will of the people of Guyana. We call on all parties and Guyanese to remain calm, while these issues are resolved,” the statement added.

“Any solution should be open and transparent and guarantee that all parties, involved in this election, have access to the maximum opportunities for redress under the law,” the OAS Mission said, adding it was urging “all citizens to remain calm, and calls on all political stakeholders to respect the electoral process, as prescribed in Guyana’s legislation”.

The former Secretary General of the African, Caribbean and Pacific (ACP) Group, Dr. Patrick I. Gomes, today, called on all political parties in Guyana to “let the rule of law prevail”.

Gomes, whose five-year tenure as ACP Secretary General ended last month, told the Caribbean Media Corporation (CMC) that he “is appealing to all political leaders to let the rule of law prevail, and the country remain calm”.

“Guyana has always been held in high regard for good governance and respected by the 79-member countries of the ACP family of nations, so it is expected that this will continue in the interest of the good of all ofGuyana and the Caribbean,” he added.

Former Barbados Prime Minister, Owen Arthur, who is heading the Commonwealth Observer Mission, commented on the unfolding political crisis: “We strongly urge the Guyana Elections Commission and all parties involved to ensure the process properly follows the legal steps, dictated by the laws of Guyana, and is in line with the country’s international commitments,” said,.

Lawyers, associated with the PPP/C have secured an injunction against GECOM; the Chief Election Officer, Keith Lowenfield; and the Returning Officer for Region Four, Clairmont Mingo, from declaring the election results, unless done in compliance with the law.

The ex-parte injunction was issued by Justice Navindra Singh and states that the respondents are restrained from “declaring the total number of valid votes electors for each List of Candidates recorded”…at the elections unless the Returning Officer for Region Four and/or CEO Keith Lowenfield comply with and ensure compliance with the process set out under Section 84 of the Representation of the People Act.

But, late last night, President David Granger, addressed party supporters, thanking voters in Region Four for their overwhelming support and assured them that his coalition is committed to making life better under, his administration, for all Guyanese.