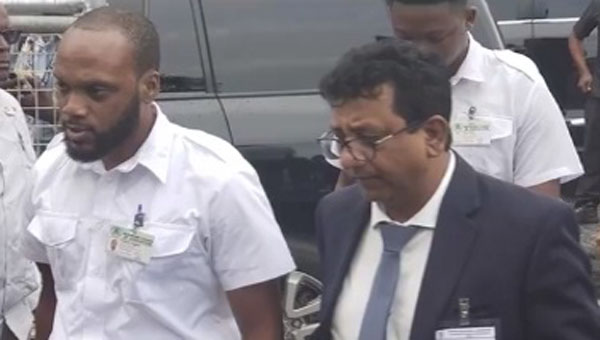 Attorney, Anil Nandlall, told reporters that the opposition party had been able to secure three injunctions against GECOM, preventing the Commission from declaring the results of the general elections.

The move by the opposition followed the release of the results of Region Four, by the Returning Officer, Clairmont Mingo, showing that the coalition — A partnership for National Unity plus the Alliance For Change (APNU+AFC) — had been able to overturn a hug deficit, by winning the country’s largest administrative region.

Nandlall, a former Attorney General, told reporters that the first injunction prevents the Region Four Returning Officer from making any disclosure of the results in that division, “until and unless he complies with the statutory procedures, set out in Section 84 of the Representation of the People’s Act”.

The former Attorney General said, that procedure is the verification process, which was aborted and was never completed.

“That process is a condition, precedent to any declaration. What you are declaring, essentially, is what was verified and reconciliated by all the parties examining their respective Statements of Poll. That process was never completed, so how can you have a declaration without your declaring what you have verified? But you never verified anything or you never completed the verification of anything. So an order was granted stalling the declaration, until that procedure is complied with,” he explained.

Nandlall, who is also an executive member of the PPP/C, said that the second injunction compels the Returning Officer to comply with Section 84 of the Representation of the People’s Act, and “to conduct and complete that verification exercise and then make the declaration, as the law requires it to be done”; while the third injunction restrains the Chief Elections Officer, Keith Lowenfield, and GECOM, from making any declarations of the results of the general elections, “unless, and until, the Returning Officer complies with the statutory code of verification, enunciated in section 84”.

Nandlall told reporters that the statutory procedure sets out, that after the Region Four Returning Officer makes his declaration, he has to submit that to Lowenfield, who then totals all the declarations from the returning officers of the country’s 10 administrative regions, and then compiles, in electronic and manual formats, a detailed report of ballots cast for each polling station.

He said such a comprehensive report is then presented to GECOM, which has a duty to “examine the report to ensure accuracy and veracity and then, based upon their conclusion, make a declaration, which would constitute the final declaration of the results”.

“It is upon that final declaration only, that a swearing-in can take place. Any swearing-in before that is illegal, ultra vires, null, void, unconstitutional, a complete and utter illegality. Because, what are you swearing in to? The election process is incomplete!”

Nandlall insisted that the “the electoral process is only completed, when the results are verified, tabulated, and a declaration of them are made, in accordance with the law”.

“Elections is a statutory process. All over the world, election law mandates that these processes, laid out in the statute, be mandatory; they do not offer any departure. Any violation of any step of the statutory code will result in an invalidation of whatever arose out of that invalid statutory step,” he told reporters.