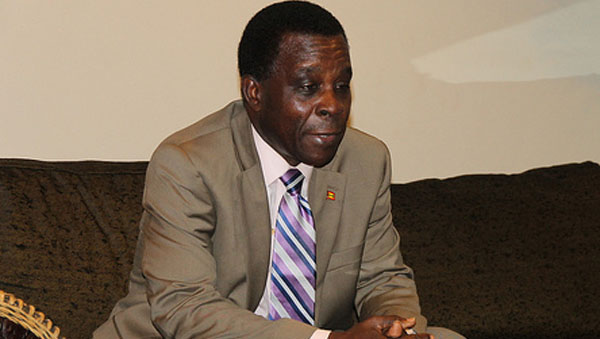 Mitchell made the statement, while delivering the feature address at the signing for the “Spotlight Initiative” – a project receiving grant-funding from the European Union (EU) and the United Nations (UN) to combat violence against women and girls.

Mitchell, who, while campaigning for the election that was held in 2018, said he would not be contesting another election, and that his vision – of having a female Prime Minister — will become reality.

“In my view, it will not take us too long in the future. W already have a Governor-General in place — the highest official in the land. It won’t take long and, hopefully, it has to be in my time, to have a woman, as prime minister in this country,” he said, while pointing out that gender equality must become the norm.

“The evidence of this is at the top of our society — the composition of our parliament and our Cabinet is indicative of such an awareness. We are, therefore, proud of this achievement, because we don’t believe, to talk one thing and demonstrate it at the highest possible level,” he said.

Mitchell headed the government, from 1995 to mid-2008, when he was voted out of office, after the electorate voted for the Tillman Thomas-led National Democratic Congress that ruled from 2008 to February 2013.

On both occasions, his ruling New National Party (NNP) won all 15 seats in the House of Representatives.

His time in office has seen the rise of women being elected to the Houses of Parliament.

In the Public service, 10 of the 15 Permanent Secretaries are women.

Concerning the role of women in political parties, the political leader of the main opposition National Democratic Congress is Franka Bernardine; while Clarice Modeste is the Deputy Chairperson of the ruling NNP.