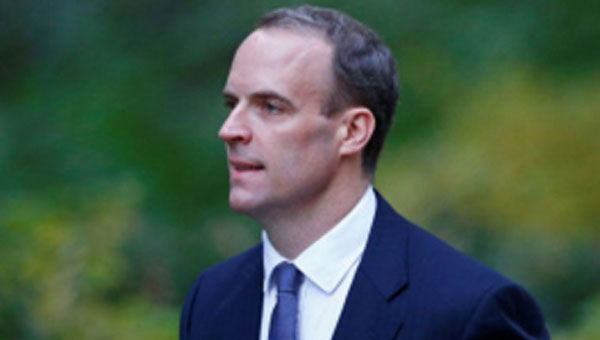 “Allegations of electoral fraud and premature declarations of victory, prior to the completion of a credible process, pose a grave threat to the democratic principles of Guyana,” England’s Foreign Secretary, Dominic Raab, said.

“We call upon President Granger to ensure that proper procedures are followed before embarking upon a transition of government.”

Raab added that the United Kingdom is deeply concerned about the events, following the elections in Guyana, and that his government stands ready to offer assistance to ensure a credible election result is produced.

Earlier this week, President Granger issued a statement, said “It is my sworn duty, as President, to uphold the Constitution and keep our citizens safe. I intend to do so.

“I will not allow political malefactors to hijack our democracy and compromise public order and human safety. Law and order will be maintained.”

He added that retired Justice Claudette Singh, GECOM Chair, has already indicated that she will await the outcome of the court matter, regarding the elections, and added, “the entire nation, indeed, must await the ruling of the Supreme Court”.

Acting Chief Justice, Roxanne George-Wiltshire, will, at 2pm today, decide whether or not, the injunction — granted to a supporter of the main opposition People’s Progressive Party/Civic (PPP/C), to block the Guyana Elections Commission (GECOM) from declaring the results of the elections — was justified, on the grounds that the votes declared for Region Four were not completely verified.