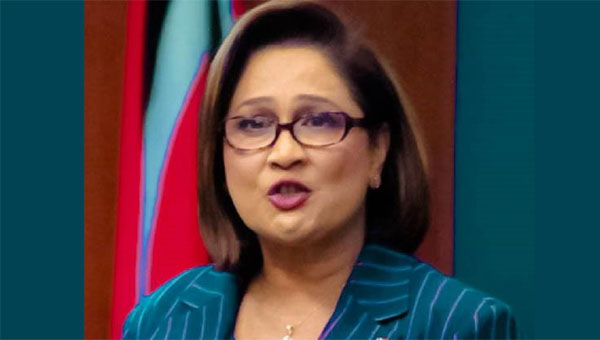 PORT OF SPAIN, Trinidad and Tobago, March 11, 2020 (CMC) – Leader of the main opposition, the United National Congress (UNC), Kamla Persad-Bissessar, has filed legal action in the High Court, against Health Minister, Terrence Deyalsingh, in relation to claims that she engaged in a cover-up of actual swine flu statistics.

This follows a statement, made by Deyalsingh, last November, in which he alleged that Persad-Bissessar instructed public officers to hide data, regarding H1N1 (swine flu) related deaths, for the period 2013-2015.

The opposition leader subsequently issued a pre-action protocol letter, calling for an apology from the Minister, within seven days.

She said that having not received a response from the health minister, she instructed her attorneys to pursue legal proceedings in the High Court.

Speaking at an opposition forum, late Monday, Persad-Bissessar said she decided to move forward with legal action against the Health Minister.

“Today, I caused my lawyers to file a case in the Supreme Court, against Terrible Terrence, for defamation against me. They lie too much. I am not going to leave them alone,” she said.

Persad-Bissessar said she was claiming for aggravated damages, exemplary damages and costs over the “lies and untruths”, publicly uttered by Deyalsingh.

“Terrence, I have court clothes. I shall speak to you in court. We shall have our day in court to deal with your lies,” she said.