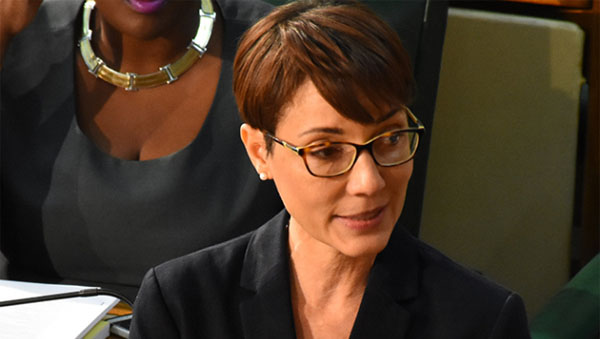 Health and Wellness Minister, Dr Christopher Tufton, is expected to meet with the media, later today, to provide further information on the latest cases.

Media reports said that among the cases are two men, ages 63 and 67, who came into the island on March 7, from Trinidad, having travelled from Malaysia, by way of Dubai and London. They presented themselves at hospital, on March 11.

Another patient had to be taken to hospital, by ambulance, from his hotel, after arriving from Manchester, England; while a 31-year-old Jamaican overseas ship-worker, who came from the Canary Islands, via Portugal and Miami, on February 25, was hospitalised, on Tuesday.

Among the cases is the 58-year-old father of the first patient, who was confirmed with COVID-19. He was discovered ill, at home, on March 11. A 34-year-old female has also tested positive for the VOCID-19.

Meanwhile, the government said it would be closing its Consulate General in New York, and the consular departments in Washington, DC, and London, for one week, starting on Monday, due to the virus.

Foreign Affairs and Foreign Trade Minister, Kamina Johnson Smith, said that the situation will be monitored to see if a further extension is required.

“This is a precautionary measure, to protect persons from spreading the virus, by limiting nationals, having to gather to access services in person and, of course, the transit to our relevant missions,” she noted.

She said that the Ministry has mandated all High Commissions, Embassies and Consulates to assess the risk, posed by the spread of the virus, in their respective locations, and to make appropriate adjustments to their operations.

“This should include, not only the provision of appropriate sanitary products at the locations, but the adjustment of opening hours, implementation of remote working arrangements and any other appropriate safety measures,” she noted.

“Their responses are at different stages, and we will make decisions, based on the respective situational analysis and priorities,” she added.

In the interim, Johnson Smith said, “We are recommending the use of online passport and mail-in applications and other services, as well as telephone enquiries, where appropriate.”

The Foreign Affairs Minister  has also announced that all of the 589 registered Jamaican nationals, scattered across China, are healthy and have not contracted the virus, including in Wuhan, where COBVID-19 was first detected, last December.

She said that currently, there are 260 students studying in China, on government and private scholarships, as well as on exchange programs, and 273 workers and 56 dependents. Of that amount, 28 are staying in Wuhan.

“We continue to give thanks that we have not been made aware of any Jamaicans, in China, infected by the virus,” she said.