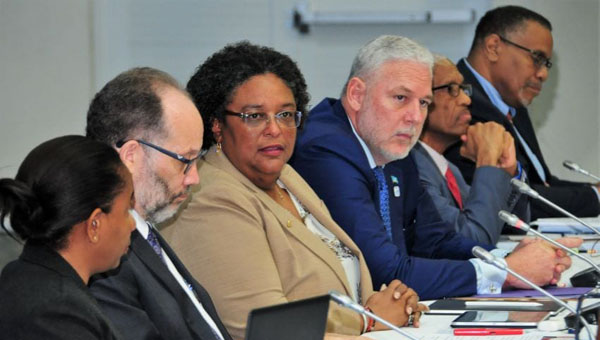 Caribbean Countries In Battle To Deal With COVID-19

BRIDGETOWN, Barbados, March 16, 2020 (CMC) – With Caribbean countries recording at least 40 confirmed coronavirus (COVID-19) cases, as of today, regional governments have embarked upon various strategies, aimed at limiting the spread of the virus and the possible collapse of their healthcare systems.

The World Health Organization (WHO) has declared the virus a pandemic, and as both the number of confirmed cases and deaths increase, worldwide, Caribbean countries have moved to the closure of schools, banning large public events, quarantining, and the introduction — as in the case of Trinidad and Tobago — “pandemic leave” that would apply to public officers, whether permanent, temporary, monthly-paid or daily-rated; fixed-term contract employees; short-term contract employees; on-the-job trainees; and officers, who fall under the purview of the Salaries Review Commission, as part of their strategies.

Trinidad and Tobago’s Labour Minister, Jennifer Baptiste-Primus, said that children should not be allowed at workplaces, facilities and in company vehicles, and was also encouraging persons, who are not sick, not to miss out on work.

In homes with two parents, it was suggested that one parent stay at home with the children, while the other goes to work.

Employers were encouraged to allow workers to work from home, where applicable, and in the event that cannot be done, explore options of shift work, staggered hours of work and rostering.

Tourism is a mainstay of the economies of several Caribbean islands, including Antigua and Barbuda, St. Lucia and the Grenadines, Jamaica, and the Bahamas.

Antigua and Barbuda’s Prime Minister, Gaston Browne, said, that while the island’s only case of COVID-19 — that, as in the case of other Caribbean countries — had been imported from the United Kingdom, his administration is not as keen to follow other regional countries, including Jamaica, that have either restricted or banned flights from London.

“Just imagine, if we stop flights out of the UK and the US. I believe that practically all of the hotels will have to close, and it would mean sending home all the hotel workers. Government’s revenue would be reduced, significantly; we would not be able to pay our payroll and other obligations…” Prime Minster Browne argued.

Browne believes that the “practical thing to do, is to manage the risks. We know that there will be other imported cases unfortunately, and I am not trying to frighten anyone, here, within the domestic population”.

The Bahamas, where the latest “imported” case was recorded, Prime Minister, Dr. Hubert Minnis, himself a medical practitioner, told nationals, on Sunday night, that “we are watching, carefully, and learning from other jurisdictions, particularly the countries that are best managing the outbreak in their country”.

The Bahamas is still recovering from the passage of Hurricane Dorian, last September, that left damage, estimated at US$3.4 billion and more than 70 deaths, and Minnis acknowledged that the COVID-19 “represents yet another risk to our economy and the country’s finances and fiscal sustainability plans”.

He is warning that the crisis will have a growing adverse impact on confidence, travel, and supply chains, across the globe, and that the country’s tourism sector could be hardest hit.

Tourism accounts for an estimated 50 percent of the Bahamas’ gross domestic product (GDP); just under 50 percent of direct employment, and has a cascading impact, across the broader economy.

Another important fact is that over 80 percent of stop-over visitors are from the United States, which is reporting increasing cases of the virus, and 75 percent of visitors come by cruise ships, which are suspending cruises.

“All of these developments signal to us the huge exposure our economy faces, from the spread of the virus, which has already began to show up,” Minnis said, adding that Finance Minister, Peter Turnquest, will address Parliament, on Wednesday, on the economic and fiscal aspects of this crisis.

In Jamaica, Tourism Minister, Ed Bartlett, said while the sector there, “is really not unaccustomed to disruptions”, he is confident Jamaica will be able to ride out of the problems, associated with the virus. 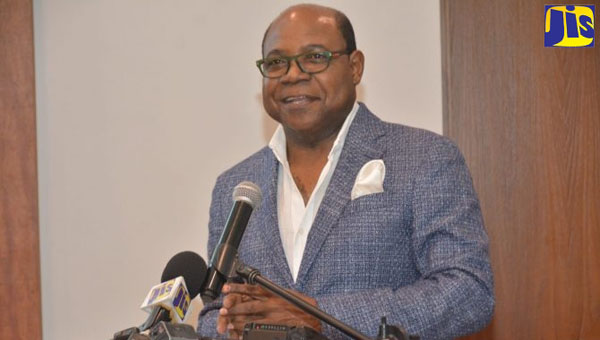 “Health security is an essential part of the promise of the destination,” he said, acknowledging that the cruise industry “has virtually come to a halt”, based on the decision by the operators to “voluntarily suspend” cruises.

“We understand what that will mean…but just to let you know, that, to date, with all the travel advistories, your country is still holding its own, because, to date, we are still growing at three percent, over last year,” Bartlett noted.

Last weekend, warning of an escalation of the number of COVID-19 cases, Prime Minister Andrew Holness, declared Jamaica a disaster zone, and the 7 to 8-mile area of Bull Bay, on the southeast coast, has been placed under quarantine.

He said that personnel from the Jamaica Constabulary Force (JCF) and Jamaica Defence Force (JDF) had been deployed to the area, while insisting, that situation is not being treated as a curfew.

St. Lucia’s Prime Minister, Allen Chastanet, is due to address his citizens, later today, after the island, over the last weekend, recorded its first two cases of the virus.

Government has already held talks with the private sector, and Chastanet said “the purpose of the meeting was to allow key stakeholders of the country’s private and economic landscape, the opportunity to make recommendations and proposals, amidst the COVID-19 health threat, for the government to consider, moving forward.

“At this time, our focus, as a government, is on containment and mitigation. This is why it was important for us to meet, as a collective, to decide on a strategy, moving forward, to ensure that no segment of our society is left behind. We can only do this, together,” he added.

Jamaica, like St. Vincent and the Grenadines, will soon welcome specialist medical workers from Cuba, to boost the capacity of their health systems, to deal with the coronavirus.

St. Vincent and the Grenadines Prime Minister, Dr. Ralph Gonsalves, said he has also asked Cuba to assist in further training of local nurses and medical personnel, in the area of infectious disease control.

“On Monday morning early, we will make all the arrangements for the housing and for the tickets and everything else for the specialists, to come to assist us, in addition to those, whom we are hiring, locally,” he added.

Prime Minister Gonsalves said that St. Vincent and the Grenadines has placed, with Havana, an order with the Cuban authorities to purchase cycles of the dosage of the drug, Interferon, for 50 persons, and that he has been in touch with the Director General of the St. Lucia-based Organisation of Eastern Caribbean States (OECS), Dr. Didicus Jules, regarding purchase of the medicine.

He said that the OECS pharmaceutical services has also placed an additional order of the same drug for St. Vincent and the Grenadines and for the other member states of the sub-region.

“So we are ordering ourselves, directly, and also the OECS is doing it for us and the other eight members of the OECS,” Gonsalves said, adding that the OECS purchases are being made from resources provided by the St. Kitts and Nevis-based Eastern Caribbean Central Bank (ECCB), which serves as a central bank for the OECS members.

“I have been in communication with the Governor of the Central Bank, Mr. Timothy Antoine, on this matter and, so, too, has the Minister of Finance, Camillo [Gonsalves],” the prime minister said.

Apart from the medical considerations, regional countries are also warning against the use of social media to circulate “fake news” about the virus.