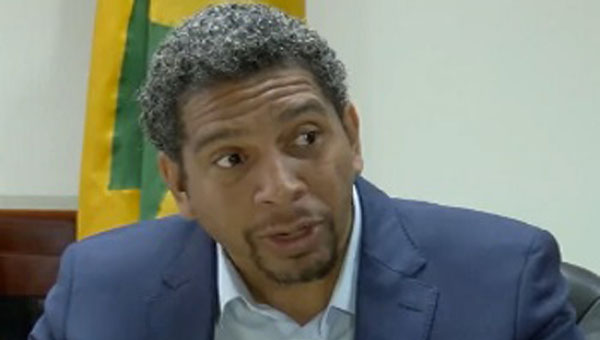 Caribbean Finance Ministers Meet With IMF To Discuss Aid, In Light Of Coronavirus

KINGSTOWN, St. Vincent and the Grenadines, March 17, 2020 (CMC) – Caribbean Community (CARICOM) finance ministers held talks, yesterday, with the Director of the Western Hemisphere Department of the International Monetary Fund (IMF), Dr. Alejandro Werner, as the region seeks relief, from the economic impact of the coronavirus (COVID-19) on their individual countries.

Finance Minister, Camillo Gonsalves, told a news conference, that while the Washington-based financial institution had indicated it would make US$50 billion available, through its rapid-disbursing, emergency-financing facilities for low income and emerging market countries, the Caribbean would still be placed at a disadvantage.

“The idea is to come up with an entire range of solutions, and then allocate those solutions to the entities, best suited to do that job,” Gonsalves said, noting that Barbados, for example, which is in an IMF program, “can negotiate with the IMF, one-on-one, about getting a little ease here, and …a change in their conditions”.

“So, if you are in an IMF program, you have one lever, you can ask the IMF to help you with. As you all know, St. Vincent and the Grenadines has not, ever, gone to the IMF, during this government’s tenure in office, so we don’t have that lever,” he reasoned.

But he said the Washington-based financial institution has the Rapid Disbursing Facilities that provide for countries that are not in an IMF program, not in a structural adjustment program, “and not following none of their conditions, but there is money available, if you have a disaster that creates a balance of payment problem”.

Gonsalves explained that that fund is usually applicable, when countries face a natural disaster, such as an earthquake or hurricane, “and they have something called the Rapid Credit Facility and the Rapid Financing Instrument, and those monies are almost immediately available, in the case of a disaster”.

He added that the funds are sometimes available at zero percent interest, which is the one St. Vincent and the Grenadines is eligible for, but must be repaid, over 10 years, with a grace period of five years.

The other facility, which is for wealthier countries, has a fluctuating interesting rate and a shorter repayment period.

Gonsalves said that St. Vincent and the Grenadines had already drawn down on that Rapid Financing Instrument, in the past, most recently in the aftermath of the 2013 flood that caused widespread damage, here.

“So we are still repaying that,…and by 2023, we would have completed the repayment,” he said, adding that “the IMF has conceded, they would allow that instrument to be used, in the context of the COVID-19 pandemic”.

“However, it is not a lot of money, because the Rapid Financing Instruments are limited to something called SDR (Special Drawing Rights)…and it is essentially pinned to the size of your economy. So if you have a small economy, you have a small quota,” he said, noting that in the context of St. Vincent and the Grenadines, “our rapid financing drawdown window is somewhere in the order of US$12 million or US$13 million, but again, we have drawn down some already,” the Finance Minister revealed.

Gonsalves told reporters that the Caribbean, and, more so, St. Vincent and the Grenadines, indicated to the IMF meeting, that while the region is grateful that the Washington-based financial institution was considering the Rapid Financing Instrument, in the context of the COVID-19 pandemic, it must also consider increasing the quota to small island developing states.

“Reason number one, is that this pandemic is a serious thing that is going to cause a serious economic fall-out, especially to countries in the Caribbean that are so heavily dependent on tourism.

“So we are going to be among the hardest-hit states, because, as I told you at the beginning, one- third to two-thirds of our economies is based on tourism. So we are going to take a very hard hit. So we would like the quota to be adjusted, to allow us to draw down more money.

“The second reason, which we can’t forget is, that the two crises may dovetail. You have the COVID-19 pandemic, which is still increasing in our region, it has not yet peaked in our region, leading into hurricane season,” Gonsalves said.

“If God forbid, our country or one of our neighbours was struck by a hurricane …while dealing with the COVID-19 pandemic, that US$12 million drawdown won’t cut it.

Gonsalves said that there is also “an immediate problem” facing the region, with the tourism fall-off, noting “if there is a global recession that comes out of this, we would also have a lagging challenge, down the road, when the effects of the global slowdown affect us”.

He said that Caribbean countries are also urging the IMF to consider amending the Catastrophic Containment and Relief Fund that it had established to assist African countries deal with the Ebola virus, a few years ago, to suit the needs of the region, in the context of the COVID-19 pandemic.

“The case that we made to the IMF is that, it is a good idea that you have created something to deal with public health emergencies. You’ve only had to use it in Sub-Saharan Africa, so you designed it with Africa in mind. But now that we have public health challenges, outside of Africa, in developing countries that also need this debt relief, when facing a public health emergency, you probably would want to consider adjusting the criteria for qualification, to allow these small states that are heavily-indebted and heavily-dependent on tourism, also to qualify under that program,” the Finance Minister argued.

Gonsalves said that Werner has promised to further discuss the issues raised, with his officials in Washington, and Barbados Prime Minister, Mia Mottley, who is also the CARICOM Chair, “has undertaken to further that argument at the highest level of the IMF”.