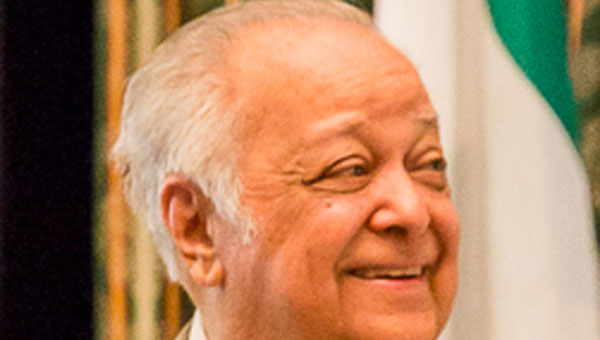 GEORGETOWN, Barbados, March 19, 2020 (CMC) – Former Commonwealth Secretary-General, Sir Shridath Ramphal, says it is “utterly regrettable” that the independent Caribbean Community (CARICOM) delegation, appointed to oversee the recounting of the ballots in the disputed March 2 regional and general elections, was unable to perform its task.

In a statement, Sir Shridath, who was one of the Guyana Elections Commission’s (GECOM) “Three Wise Men”, who brokered the 1998 Herdmanston Agreement, after the impasse of the December 1997 general elections in Guyana, said, “Guyana is being deprived of regional and international approval and the opportunity for global respect, at a time when it matters most”.

On Tuesday, a High Court judge granted an injunction, against the GECOM, preventing it from carrying out a national recount of the ballots.

Justice, Franklyn Holder, said that the injunction remains in effect, pending a hearing, on Friday, March 20.

The injunction was granted to a private citizen, Ulita Moore, and restrains GECOM from setting aside or varying the declarations, already made by the 10 electoral districts, with any other documents or declarations, until the hearing and determination of the judicial review of the application.

The respondents to the Court matter are the Guyana Elections Commission, the Chairperson of the Commission and the Chief Elections Officer.

CARICOM Chair and Barbados Prime Minister, Mia Mottley, said it is “clear that there are forces” in Guyana, “that do not want to see the votes recounted, for whatever reason”, as she announced the withdrawal of the independent team.

Mottley added that CARICOM “deeply regrets that it has been forced to withdraw” the team, it sent into Georgetown on Saturday, to supervise the re-counting of the ballots in all the electoral regions.

She said that the fielding of the CARICOM team had been at the request of President David Granger, and opposition Leader, Bharrat Jagdeo .

In his statement, Sir Shridath, a former Foreign Minister and Minister of Justice in Guyana, said in the “darkness of disagreement, CARICOM’s helpful intervention, in trying to resolve the general elections process”, at the request of both President Granger and Jagdeo “was a ray of light”.

“All Guyana should have welcomed it, as most Guyanese did. It is a wholly legitimate role of community that must not be smothered, under any pretext, whatever.

“It is utterly regrettable that, despite the highest-level agreement between the political leaders of Guyana and five CARICOM Heads of Government, acting for the Community, the invited CARICOM team to oversee the recount of the votes has had to withdraw”, Sir Shridath said, opining that “Guyana is being deprived of regional and international approval and the opportunity for global respect at a time when it matters most”.

“CARICOM has not closed the door to proving the preciousness of its familial ties with Guyana; it can still play the role Guyana’s two political leaders agreed it should.

“What is required now is for all to place the interest of the nation, above other narrow considerations that could mar the country’s prospects and retard the strides that the people of Guyana have made, collectively,” said the former Chairman of the West Indian Commission, adding “I urge that peace and progress be pursued, lawfully and transparently”.