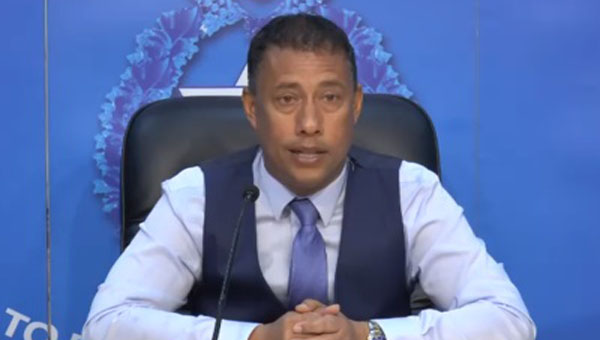 PORT OF SPAIN, Trinidad and Tobago, March 20, 2020 (CMC) – Police Commissioner, Gary Griffith, says law enforcement officials will be utilising the law, regarding loitering, over the coming weeks, in an attempt to keep people from assembling in large numbers, during the COVID-19 pandemic.

Griffith said the action is being done, in line with the request of Prime Minister and Chairman of the National Security Council, Dr. Keith Rowley, to members of the public to act in a very responsible way, as Trinidad and Tobago — where nine cases of the virus have been detected — deals with the situation.

On Wednesday, Rowley told a news conference that he was disappointed that some bar owners continued to open their establishments, allowing for the congregation of persons, through which the COVID-19 could be easily spread.

He said he had asked the Office of the Attorney General to examine “whether, posing of a public health threat also poses a threat to the licences for those bars, and we are exploring that now, and we will not hesitate to take action where action is available”.

Rowley said he was also disappointed that people were gathering at rivers, despite the call for them not to do so.

“I have asked the relevant local governments to restrict access to the river, and we are asking people to do what is sensible, not only for your own behalf but for those to whom you pose a threat,” Rowley said.

Griffith said that while a large section of the population has adhered to the call by Prime Minister Rowley, there are a few, who refuse to comply, and which could affect the health and safety of all the citizens. He hopes that there would be no need to enforce the laws, relating to loitering.

The Commissioner said that over the coming weeks, the Trinidad and Tobago Police Service (TTPS) would increase its patrols, across the country, and is confident that citizens would comply with the law, relating to loitering.

Griffith said he hopes that the TTPS would not have to resort to this, and that common sense would prevail.

He said that in accordance with Section 45 (c) of the Summary Offences Act, Chapter 11:02, a person committing any of the offences, ranging from wandering abroad or placing himself in any street to beg or gather alms, or found sleeping or loitering in or under any building, as well as without leave of the owner or occupier, affixes any placard or notice upon any building, wall, pillar, post, or fence, or otherwise defaces the same, shall be liable to a fine of TT$200 or imprisonment for one month.