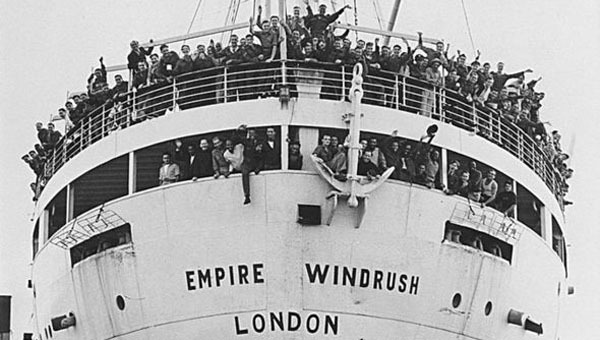 LONDON, England March 20, 2020 (CMC) – A new report, released, here, yesterday, has found that Britain’s Home Office showed “ignorance and thoughtlessness” on the issue of race, in relation to the people, who came from the Caribbean and other Commonwealth countries, during the period dubbed the “Windrush” era.

The review of the Windrush era followed a declaration, by London, that some of those, who came to the United Kingdom, were wrongly told they were here, illegally.

The independent report sharply criticised Britain’s Conservative government for the way it treated long-term United Kingdom residents, who were wrongly caught up in a government drive to reduce illegal immigration.

The report said the UK Home Office exhibited “institutional ignorance and thoughtlessness” towards the issue of race and the history of the mostly-Caribbean immigrants involved, that are “consistent with some definitions of institutional racism”.

It said that there was a “profound institutional failure”, which turned thousands of people’s lives upside down, and that warnings about the “hostile environment” policy were “not heeded”.

The lead writer of the report, Wendy Williams, a former senior police officer, called on the government to provide an “unqualified apology” to those affected, who belonged to the “Windrush generation”, named for the ship, Empire Windrush, which, in 1948, brought hundreds of Caribbean immigrants to Britain.

The Caribbean nationals had come to Britain, which was then seeking nurses, railway workers and others to help it rebuild, after the devastation of World War II. They, and subsequent Caribbean migrants, came from British colonies or ex-colonies and had an automatic right to settle in the UK.

Williams, who is also a lawyer, said “members of the Windrush generation and their children have been poorly served by this country”.

“They had every right to be here, and should never have been caught in the immigration net,” she said.

Speaking in the House of Commons, Home Secretary, Priti Patel, said “there is nothing I can say, today, which will undo the pain, the suffering and the misery inflicted upon the Windrush generation, adding “what I can do is, say that, on behalf of this and successive governments, I am truly sorry for the actions that spanned decades, and I’m sorry that people’s trust has been betrayed”.

Shadow Home Secretary, Diane Abbott, told the Home Secretary that “people will believe her apology, when they see her genuinely seek to implement the recommendations in the review”.

Abbott, whose mother was a member of the Windrush generation, said for those affected, “it isn’t necessarily the money, the inconvenience or the tragedy of being deported, it is the insult to people, who always believed they were British”.

Theresa May, who was Prime Minister when the scandal came to light, added her own apology to the Home Secretary’s.

“They [the Windrush generation] should not have been treated in this way,” she said.

The 275-page report notes that the “root cause” of the scandal can be traced back to legislation of the 1960s, 70s and 80s, some of which had “racial motivations”.

Williams wrote that “race clearly played a part in what occurred”, and that some failings could be indicators of “indirect discrimination”.

“The factors that I identified, demonstrate an institutional ignorance and thoughtlessness towards the issue of race and the history of the Windrush generation.

“These aspects were among those included in the elements of the definition of institutional racism, considered in the Macpherson inquiry (which looked into the murder of Stephen Lawrence].

Williams said  she had spoken to former Home Secretaries, Amber Rudd – who resigned over the affair in 2018 – Theresa May, Alan Johnson and Jacqui Smith.

Among 30 recommendations, the review says the Home Office should: set up a full review of the hostile environment policy; appoint a Migrants Commissioner; develop a program of cultural change for the department; and establish a race advisory board.