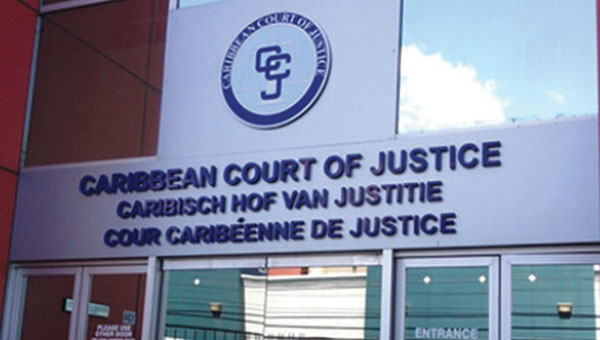 PORT OF SPAIN, Trinidad and Tobago, March 21, 2020 (CMC) – The Trinidad and Tobago-based Caribbean Court of Justice (CCJ) has provided its first advisory opinion, concerning the interpretation and application of the Revised Treaty of Chaguaramas (RTC), which governs the regional integration movement, CARICOM.

CARICOM leaders had requested the Court’s advice on two specific questions, relating to freedom of movement, within the 15-member grouping, following their decision to enlarge the list of CARICOM workers, who were entitled to seek employment in each other’s country, under the CARICOM Single and Market Economy (CSME), by including agricultural workers and security guards, and to agree to the requests, made by Antigua and Barbuda and St Kitts-Nevis, to opt out of that decision, for a period of five years.

The CCJ, which was established in 2001 — to replace the London-based Privy Council as the region’s highest court, and also serves as an international tribunal, interpreting the RTC — was asked to give its opinion on two issues, namely, whether a member state could lawfully opt out of that decision of the CARICOM leaders and, secondly, whether the principle of non-reciprocity would allow nationals of any such member state that opted out, to gain the benefits of the decision.

It said Article 27(4) of the RTC enables member states to opt out of commitments, arising from the decisions of a competent CARICOM body or Organ, provided that the fundamental objectives of the Community, as laid down in the Treaty, are not negatively affected. A “fundamental objective” may be regarded, as an issue that is of central importance.

“In this instance, the Court took the view, that a fundamental objective would be an issue that lies at the core of the spirit, nature and aspirations of the Community.”

The CCJ noted that five conditions are needed for the effective implementation of an opt-out. Firstly, one or more of the member states must make a request to opt out of a decision, as the states of St Kitts-Nevis and Antigua and Barbuda did, respectively.

The CCJ said that it was also clear here, that such an agreement was made, and that the two member states were permitted to opt out of the enlargement decision.

Fourthly, in keeping with Article 27(4) of the RTC, the member state opting out is entitled, only to opt out of the obligations arising from the decision.

Fifthly, an opt out is permitted, only if the “fundamental objectives” of the Community, as laid down in the RTC, are not prejudiced or undermined by the opt-out.

The CCJ said that the question of whether the enlargement decision prejudiced the fundamental objectives of the RTC, was crucial to its opinion.

“Ultimately, the Court determined that freedom of movement was a fundamental objective of the Caribbean Community, laid down in the RTC. The CCJ closely regarded the facts that (1) the opt-out was made available to two member states, each of which is categorised as a less developed country; ( 2) the duration of the opt-out, in each case, was temporary, lasting for a five-year period; and (3) the opt-out related, only to two categories of skilled nationals.”

In response to the first question, the CCJ advised that it was lawful for Antigua and Barbuda and St Kitts-Nevis Nevis to request an opt-out of the obligations, arising from the enlargement decision of the Conference.

“It was also lawful for the Conference to grant the opt-outs in all the circumstances. The said opt-outs did not prejudice the fundamental objective of freedom of movement of skilled nationals.”

On the second question of whether the principle of non-reciprocity should be applied to security guards and agricultural workers of Antigua and Barbuda and St Kitts-Nevis, respectively, the Court considered the uniqueness of the Caribbean Community, where each member state could veto a Conference decision.

The CCJ stated that the request for, and grant of, an opt-out further the interests of the Community, because they allow decisions of the Conference to be taken and implemented in circumstances, where those decisions might otherwise have been vetoed.

The Court explained and examined the principle of reciprocity and how it applied, in the context of the RTC.

The CCJ then concluded that “an opt-out is to be treated as being non-reciprocal in character, and advised that the principle of non-reciprocity applies to enlargement decisions so that nationals of Antigua and Barbuda and St Kitts-Nevis, who are security guards and agricultural workers are entitled to enjoy the benefits of the enlargement decision”.