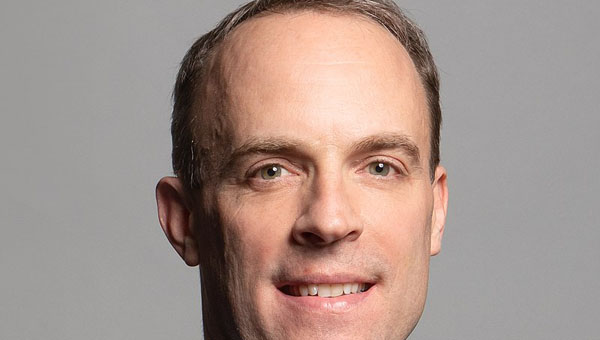 British Foreign Secretary, Dominic Raab, warned the Granger-led coalition government, that if the electoral crisis continues to deteriorate, Guyana will face a "strong, international" response that will include "a range of serious consequences for those concerned". Photo credit: Richard Townshend - CC BY 3.0.

GEORGETOWN, Guyana, March 24, 2020 (CMC) – The British government warned Guyana, today, that “any government sworn in, on the basis of non-credible results, will face strong international condemnation”, as the country still awaits the official results of the March 2 general election — 22 days ago.

British Foreign Secretary, Dominic Raab, in a second statement, in as many weeks, on the political stalemate, here, said “the transition of government in Guyana should only take place, in line with transparent and democratic principles that lead to credible results”.

“If the situation continues to deteriorate, this international response will include a range of serious consequences for those concerned,” he said in the statement.

The High Court, here, is hearing the latest challenge to the election results, after Justice Frank Holder, last week, granted an interim-injunction to Ulita Grace Moore, who requested that the Court prevent the Guyana Elections Commission (GECOM) from carrying out a national recount of the ballots cast in the elections.

The recount was based on a request, made by President, David Granger, to the Caribbean Community (CARICOM), and agreed to, by the Opposition Leader, Bharrat Jagdeo.

But Moore’s application cited the unconstitutionality of such action. The CARICOM independent delegation that was supposed to have overseen the recount, has since left Guyana.

Court observers anticipate that the matter could be ended, by Saturday, since all parties have until Thursday, to submit written responses to the High Court.

In his statement, the British Foreign Secretary said London “remains ready, along with its partners, to assist in ensuring a credible process that provides the democratic outcome that the Guyanese people deserve”.