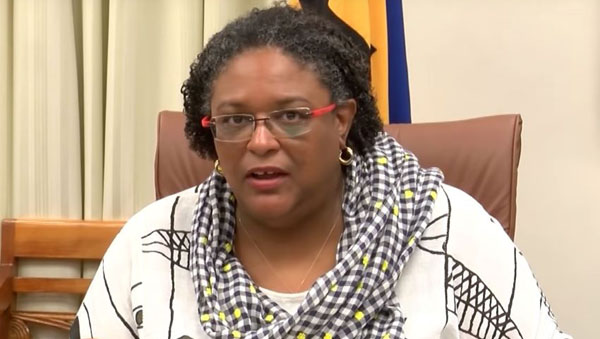 In a radio and television broadcast, the Prime Minister said that the curfew would begin, from Saturday and would last until April 14. She appealed to Barbadians not to panic, even as the island moved into Phase 3 of its preparation for the virus that has been blamed for more than 18,000 deaths worldwide.

She has sought to re-assure citizens that the health system is in readiness for the situation, adding that there were more than enough testing kits on the island, and pleaded for people to desist from spreading rumours.

Prime Minister Mottley has also warned residents that the Royal Barbados Police Force will deal accordingly, with all persons, found to be moving about, who are not part of the essential services.

She said that the curfew would start at 8.00 pm (local time) to 6.00 am, in the first instance, and April 15 would be the first day Barbadians would be able to move around freely, provided it isn’t extended.

“The government of Barbados is not playing. Law enforcement shall be instructed to apply, and enforce, the law fairly, transparently and without fear. All persons not falling within the stated ambit of essential services and not having good reason for being on the road, after 8 p.m. and before 6 a.m., shall be dealt with, in accordance with the spirit and intent of the law,” she said.

She also announced that Parliament would be meeting, today, as the government moves to declare a public health emergency, rather than a state of emergency.

Mottley also advised against panic-buying, saying Barbados has enough food to last, and there is no need for a mad rush to the supermarket.

She said, from 6.00 a.m. to 8.00 p.m., non-essential services will be allowed to operate and these will be addressed by: Attorney General, Dale Marshall; Minister of Health and Wellness, Jeffrey Bostic; communications czar, Richard Carter; and acting Chief Medical Officer, Dr Anton Best, in a media conference, today.

Some government workers will be working from home, Mottley said, but she gave the assurance that “critical ministries”, which will be identified, will remain open, to service the public, between 9:00 a.m. and 2:00 p.m.

“While there will, therefore, be some activity remaining, between 6:00 in the morning and 8:00 at night, we are appealing to all Barbadians, to please minimize the number of times you need to go outside.  Persons have done well, thus far.  We can continue to do well, if we hold each other’s back up, at this very critical time,” the Prime Minster urged.