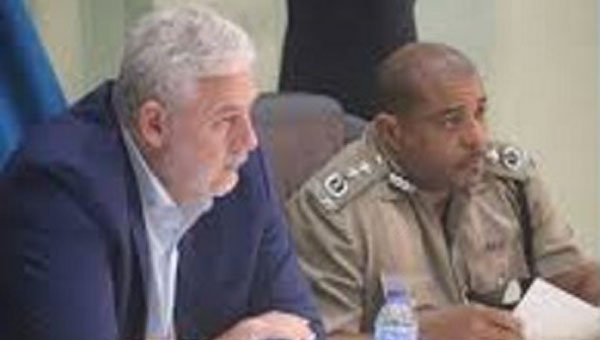 CASTRIES, St. Lucia, March 30, 2020 (CMC) – Prime Minister, Allen Chastanet, has announced a three-hour increase in the nightly curfew, here, and blamed St. Lucians, who were still congregating at bars and other public places, despite stringent measures to reduce the spread of the coronavirus (COVID-19).

Chastanet was critical of many people, who have refused to adhere to the measures, earlier announced by the government, to reduce the spread of the virus that has killed nearly 20,000 people, worldwide, so far this year.

His announcement comes, as health authorities, here, reported five new cases of the virus, bringing the total, to date, to nine.

A government statement said that one of the cases, is that of a 74-year-old female, with no travel history, and that this confirmed case points to the existence of local transmission of the virus.

Prime Minister Chastanet said that, despite the COVID-19 situation, there are still people going to bars, going in crowds to the beaches, among other illegal activities.

Chastanet announced, that as a result, the curfew, which was due to “end, around April 5… we’re now going to extend it to April 14”.

He said the government was also suspending all liquor licences, “so anyone, who is going to be operating a bar or a restaurant, other than a drive-through or take out, will be in breach of the law”.

Chastanet added, he had also asked the Acting Police Commissioner, Milton Desir, who appeared alongside him on the government’s National Television Network (NTN) broadcast, to strengthen the police’s level of tolerance.

“Again, I am appealing to St. Lucians, one more time – this is for you. This is for all of us, this is for the elderly, people in this country, who have diabetes, people who have respiratory problems already, people who have hypertension,” Chastanet said, noting that as seen in Italy, New York and throughout the United States, the coronavirus does not discriminate.

Desir warned persons, who violate the emergency regulations, that they will be arrested.

“On numerous occasions, we receive calls, where we respond to those calls – sometimes going to various establishments, probably twice in a day, to close them down,” he said, urging owners of those operations to be responsible.

“Coming this week, we will not be running around – we do not have officers for that, running around, asking persons to desist from doing this. You are aware, the police have warned you, and the coming week is not a time for warnings. I am serious about it; persons will be arrested,” he said.

Desir said he has been assured, by the prime minister, that, as of Monday, fines will be in place for violators.

“There will be a minimum of 72 hours in, and please note also, that the Magistrate Court is not sitting, but we have access to a Magistrate, who has the power to extend your stay in the police station,” Desir warned.

He said he has already given orders to empty Custody Suites at the Central Police Station in Castries, to make room for persons, who are arrested, for violating conditions under the state of emergency.

Desir also disclosed that a vessel had been seized and impounded by the Marine Police, while persons, who had entered the island, illegally, from the French island of Martinique, had been arrested and placed in quarantine.